It takes 3.5% of a population engaged in sustained nonviolent resistance to topple brutal dictatorships 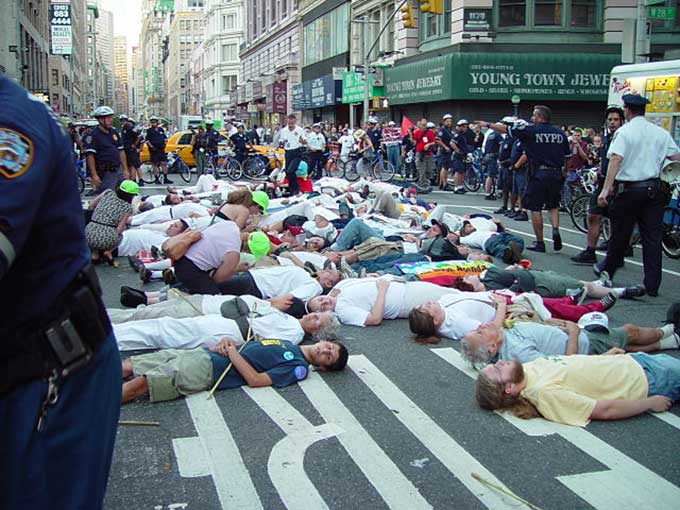 Erica Chenoweth, co-author of Why Civil Resistance Works: The Strategic Logic of Nonviolent Conflict, says "nonviolent resistance has actually been the quickest, least costly, and safest way to struggle" effectively against dictatorships.

In the US on Tuesday, dozens of lawmakers have said they will boycott confirmation votes for Trump nominees. Numerous police departments countrywide have announced that they will not comply with unethical federal policies (particularly regarding deportations). And the federal government employs more than 3 million civil servants – people on whose continued support the US government relies to implement its policies. Many such civil servants have already begun important conversations about how to dissent from within the administration. They, too, provide an important check on power.

The Women’s March on Washington and its affiliated marches – which may have been the largest single-day demonstration in US history – show a population eager and willing to show up to defend their rights.

Of course, nonviolent resistance often evokes brutality by the government, especially as campaigns escalate their demands and use more disruptive techniques. But historical data shows that when campaigns are able to prepare, train, and remain resilient, they often succeed regardless of whether the government uses violence against them.