Neil Gorsuch, Trump's pick for the Supreme Court, was founder of "Fascism Forever Club" at his prep school 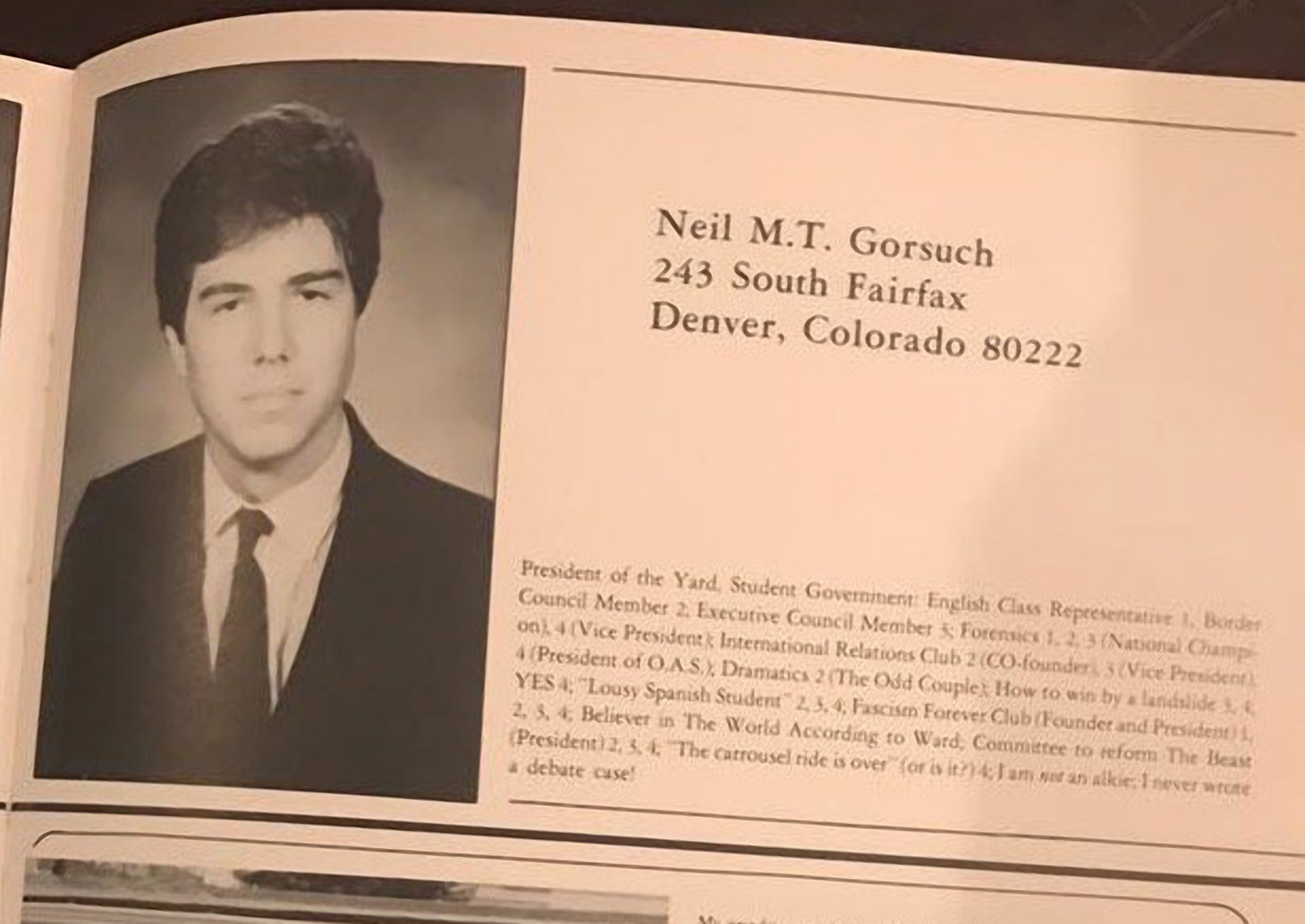 Who among us can say they didn't found Fascism Forever clubs in an age when totalitarian autocracy was an impossible dream? It's a joke, see, about what's needed to resist a world ruined by liberals. Laugh already, would you!

Pulled over for tailgating, Lancaster County President Judge Dennis Reinaker gets out of his vehicle, advances on the cop, belligerently demands he explain himself, then orders him to “check the registration on this plate soon, mister.” Reinaker is sent on his way without a ticket. *Police officer pulls over tailgating driver. Reinaker gets out of […]

In Comal County, Texas, judge Jack Robison, presiding over the trial of accused sex trafficker Gloria Romero Perez, walked into the jury room after the jurors landed on a guilty verdict and urged them to reverse their decision because God says she’s innocent. Unswayed, the jurors stuck to their guilty verdict. Another judge later ruled […]

On Friday, an appeals court judge in Camden County, New Jersey tossed out a verdict against Dr. Abbas Husain who in 2011 a jury found guilty of having sexually harassed an office employee. It came out later that one of the jurors was “very passionate” and concerned that Husain, who is Hindu, hadn’t put his […]