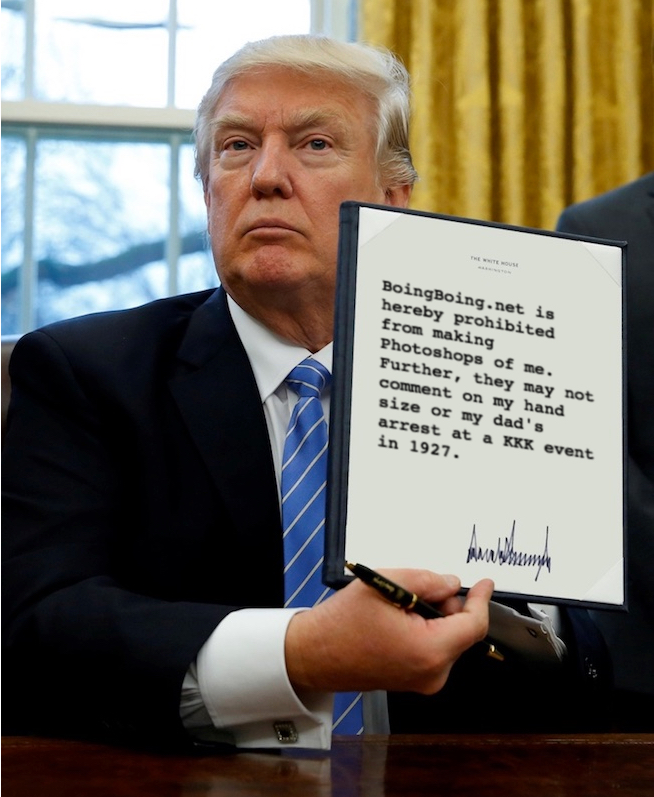 Are Trump's increasingly unconstitutional executive orders getting more and more ludicrous? Now you can make your own with the Trump Executive Order Generator.

Just click on the executive order, start typing, and use to change the text size. Now you're ready to screencap that thing and share it with the world. Can't be crazier than some of the real ones!