It used to take 3 years for a British family to save for a home down-payment; now it takes 20 years 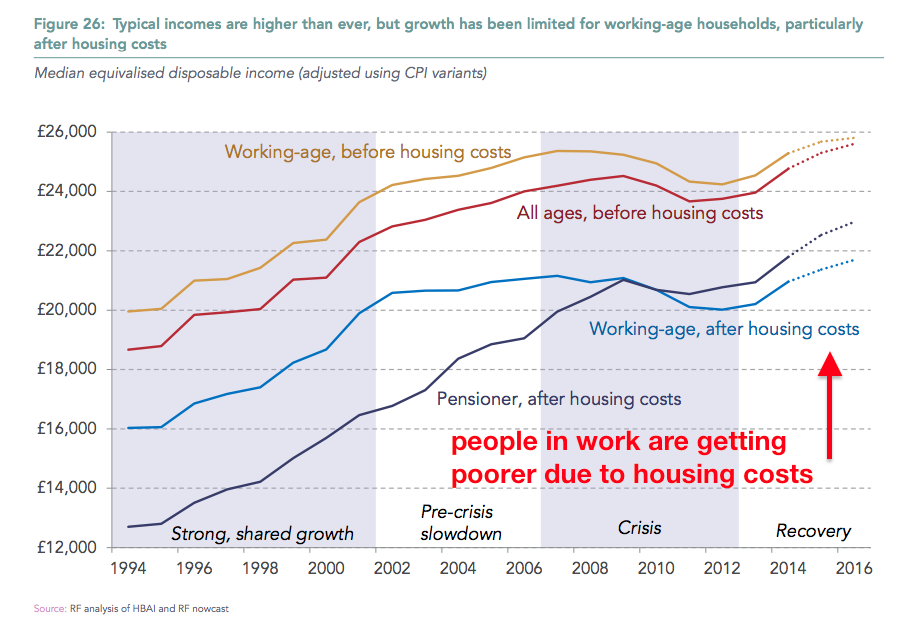 The Resolution Foundation's Living Standards 2017 is an eye-opening look at the current state of the British experiment in allowing wealth inequality to expand without any check, to use a combination of austerity, the elimination of protection for tenants, reckless lending, offshore money-laundering and public subsidies for speculators to turn the human necessity of shelter into the nation's leading asset-class.

The result is that normal working people who bought property before hyperinflation in housing prices are now richer than they could have dreamed, and everyone else is much, much poorer. Meanwhile, the offshore investors -- including many criminals who are laundering their ill-gotten gains through the London property market -- are inflating the bubble to unheard-of size. Combine that with wage stagnation (which is really wage reduction, when your shelter bill is undergoing hyperinflation) and you have a recipe for wealth disparity that makes Dickens look like Karl Marx.

In a series of easy-to-understand charts, RF data show that income growth for workers is stagnating while housing costs are rising.

That double-whammy — housing costs and stagnant wages — are now the major source of inequality in Britain.

It is tough to understate how radically this has changed the country. In 1998, most people had a shot at owning their own home. Now a full half of the population — younger people, mostly — have almost no chance of buying property.

That has created two classes in Britain: property owners and people who are getting poorer. And, of course, the poor are largely paying rent to the rich.

Living Standards 2017: the past, present and possible future of UK incomes

There are now two distinct classes in Britain: Those who own property and those who are getting poorer [Jim Edwards/Business Insider]