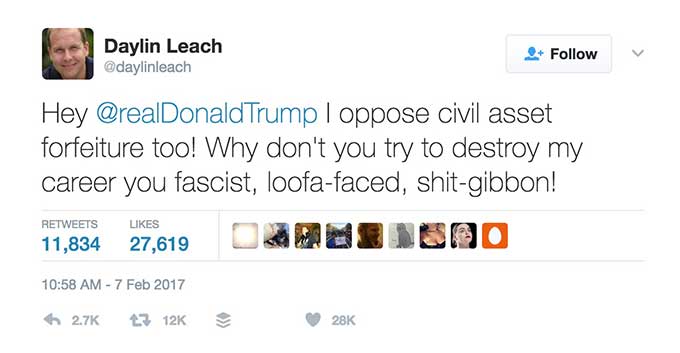 Agents of the Drug Enforcement Administration confiscated $82,373 in cash from Rebecca Brown at the Pittsburgh airport and won’t return it, even though she hasn’t been charged with a crime. Brown says her father, 79-year-old Terry Rolin, accumulated the money over a lifetime of saving and that he gave her the cash to open a […]

Cops can take your stuff without charging you for a crime. They can take fast cars they like and add them to the pool of police vehicles. They can take cash and use it to buy a foosball table for the break room. Good luck getting your stuff back. It’s called civil asset forfeiture and […]

What to do with all that civil asset forfeiture? Why not erect a fake hotel sign outside the county jail and make a fake ad starring you? That’s what Sherriff Rick Staly thought would be fun.