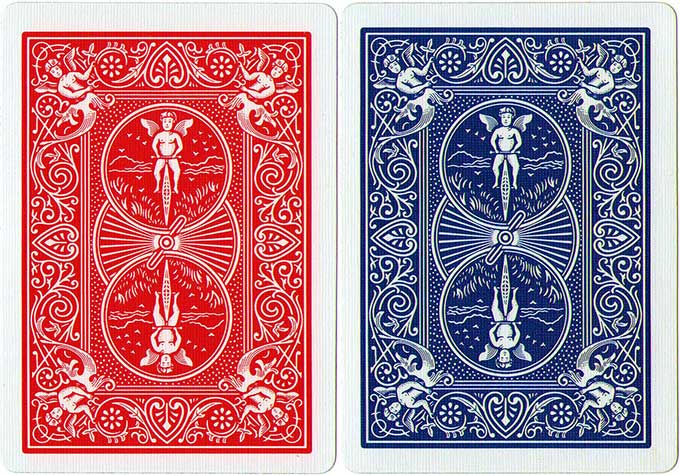 I go through about one deck of playing cards a week. That's how long it takes for the cards to get dirty and bent from frequent handling (I spend a couple of hours a day practicing sleights during phone calls, watching TV, during meals, waiting in line, hiking, and so on). It feels extravagant to replace a deck every week, but it's actually an inexpensive habit. I buy decks by the dozen on Amazon. Right now a 12-pack of Bikes sells for $(removed). I wish I could subscribe to them.

You get 6 red backs and 6 blue backs. Jason likes blue back cards, and I like red back. (Hey, Jason - I'll save the blue ones for you if you save the red ones for me.)

If you want something to do with the cards, let me gently steer you in the direction of my book, Trick Decks: