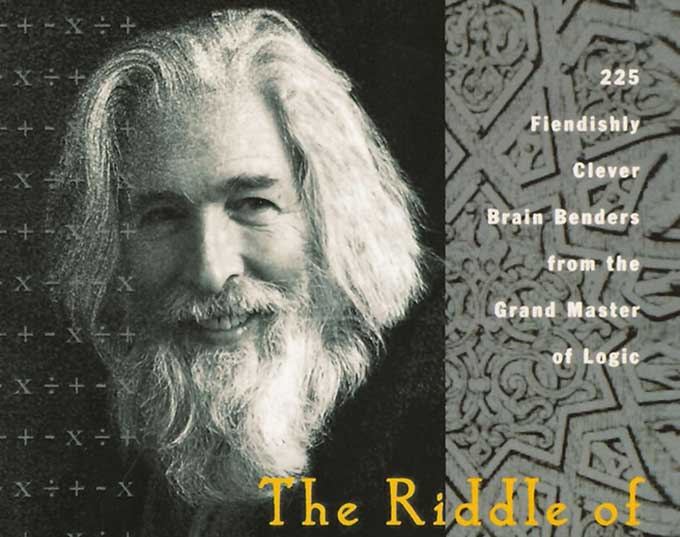 When I was in college I read and greatly enjoyed Raymond Smullyan logical puzzles books, especially What Is the Name of This Book? He died last week at the age of 97.

Professor Smullyan was a serious mathematician, with the publications and the doctorate to prove it. But his greatest legacy may be the devilishly clever logic puzzles that he devised, presenting them in numerous books or just in casual conversation.

Sometimes they were one-offs, and sometimes they were embedded in longer narratives to explain mathematical concepts, such as Boolean logic, as he did in “The Magic Garden of George B and Other Logic Puzzles” in 2015; or retrograde analysis, as he explored in the “The Chess Mysteries of the Arabian Knights” in 1981.

He was also a character. With his long white hair and beard, Professor Smullyan resembled Ian McKellen’s wizard, Gandalf, from the “Lord of the Rings” film series. He was lanky, hated exercise and loved steak and eggs. He studied Eastern religion. He told corny jokes and performed close-up magic to anyone near him. He played the piano with passion and talent into his 90s. (A career in music had been derailed by tendinitis when he was a young man.)

Here are some of his puzzles.