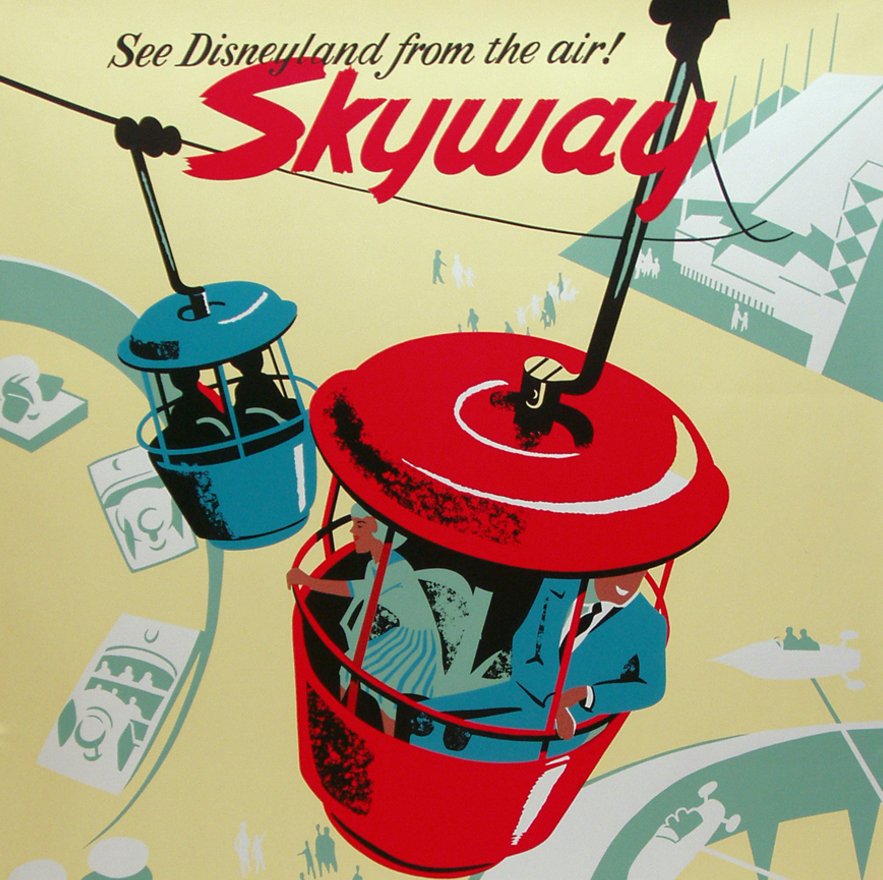 Disney's "skybuckets" are fondly remembered as the best place in the themepark to do some sneaky kissin', but they were also a magnet for antisocial behavior, from smoking weed to spitting on people to jumping out of them -- and they proved lethal to park maintenance crews.

But with Disney World's central Florida complex occupying a territory larger than Manhattan, inter-park transport has become a serious problem, exacerbated by the security cordons one must traverse when leaving one park and entering another.

Now Disney has applied for a permit to create an "aerial tramway," believed to be air-conditioned, cable-borne gondolas linking the parks and the hotels, connecting Epcot, Disney Hollywood Studios, the Caribbean Beach Resort and Pop Century/Art of Animation.

Dozens of communities around the globe are currently in one state or another of building their own gondola network. Branson, MO could have their 8.5 mile system, which would connect Silver Dollar City with their entertainment district, open by 2020. Portland, OR has one that’s been operating for 10 years.

We’re not talking about the old Skyway gondolas here. These would be larger, enclosed (and therefore air conditioned), and detachable from the rope network to aid with the load and unload process for wheelchairs and other cases.

There is a possibility this system could be a form of PRT (Personal Rapid Transit) or an elevated railway, but it looks like a Gondola System to me.

Finally, because I know I’ll get questions about this, I’m sure it’s not a monorail. Monorails are expensive to build and Disney World, if anything, is looking for ways to get rid of their monorail system, not expand it. It’s very expensive to maintain and the current trains are currently at or about their original life expectancy.