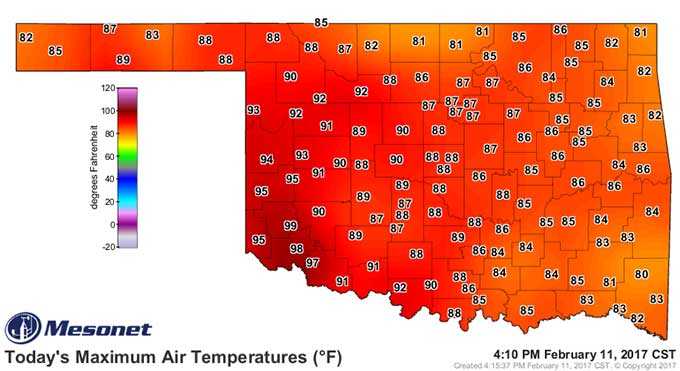 Many people may welcome a temperate day in February, but warm weather in normally cold months disrupts ecosystems. Trees may bloom after an unseasonably balmy spell — and then suffer frost damage when cold weather returns. Flowers may blossom and shed their petals before bees arrive to pollinate them. These minor destabilizations have a ripple effect, impacting flora, fauna, and the industries built around them.

In Oklahoma, the spike in temperature is particularly ironic, given the state’s political climate. [Sen. James "Snowball" Inhofe (R-OK)] is Washington’s most vocal climate denier, having published a book alleging that climate change is a hoax while serving as the ranking Republican member of the Senate Environment Committee.