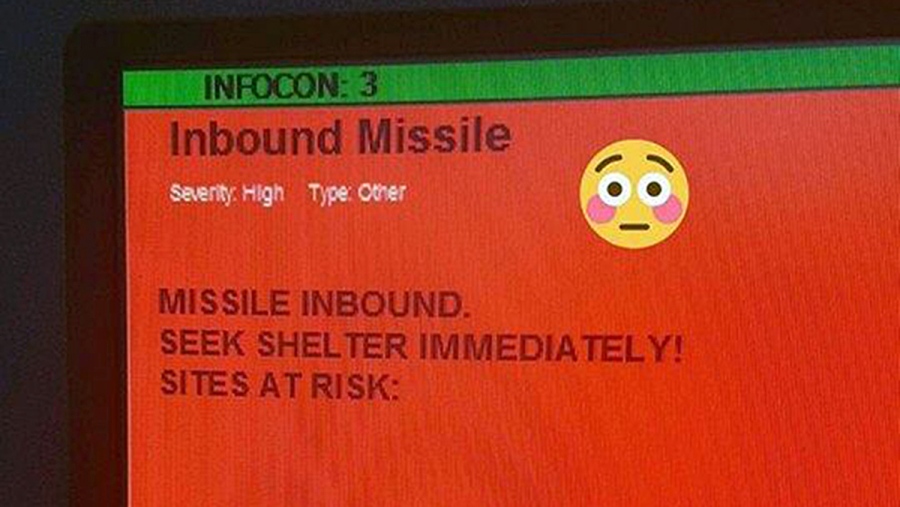 Last Tuesday, all wing personnel on the US Spangdahlem Air Base received a warning: "MISSILE INBOUND. SEEK SHELTER IMMEDIATELY!" The warning was recalled eight minutes later.

Reportedly, the quick recall prevented any panic. The warning was attributed to an error on the part of a developer working on early warning software.

The individuals involved in the error have been counseled, McGarry said, and their leadership is using the incident as a learning opportunity. Training and distribution checklists have been updated to avoid similar situations from happening in the future, he said.

“It probably could have been handled with relatively mild embarrassment at a lower level, but here we are,” McGarry said, referring to the public attention the incident received.

The photograph of the initial red missile warning — with a concerned-looking emoji added to the image — was posted by someone to the Air Force amn/nco/snco Facebook page, run by former airman Steven Mayne.

People poked fun at the mistake, with comments like, “Oh look, time to change my shorts,” and “Guess you could say it’s a love rocket,” the latter being a reference to Valentine’s Day, the day the incident happened.

But others criticized the need to take a screen shot of the message and share it publicly before, perhaps, even knowing if it was legitimate.