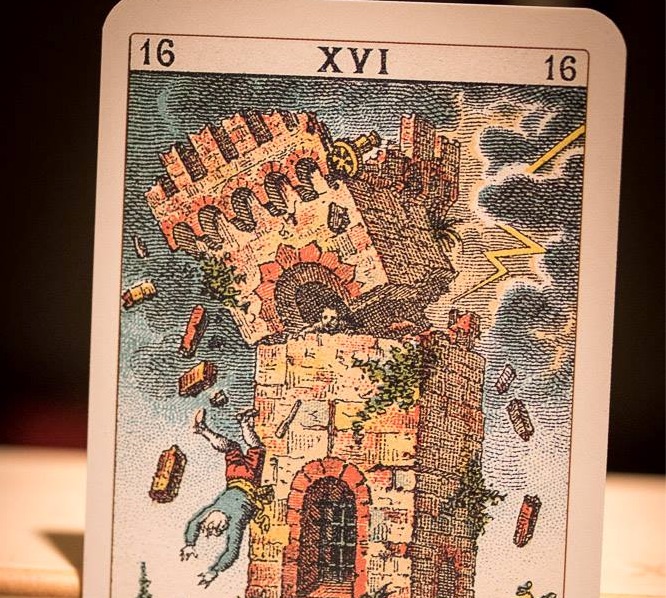 My friend, the horror writer, Fortean investigator, and educator, Michael Hughes, has been circulating details for a series of occult rituals being planned to cast a "spell to bind Donald Trump and all those who abet him." The basic mission statement of the ritual:

To be performed at midnight on every waning crescent moon until he is removed from office. The first ritual takes place Friday evening, February 24th, at the stroke of midnight. This binding spell is open source, and may be modified to fit your preferred spiritual practice or magical system — the critical elements are the simultaneity of the working (midnight, EST—DC, Mar-a-Lago, and Trump Tower NYC time) and the mass energy of participants.

I had to chuckle at the shopping list for the ritual:

They had me a "tiny orange candle" and "baby carrot."

Whether you're a believer in any flavor of woo-woo or just see this as Yippie-esque political theater/performance art, a la the 1967 levitation of the Pentagon, you may be interested in participating.

There has been some controversy about the ritual in occult circles. Some are concerned that it will play into fears and stereotypes about magical practitioners and bring unwanted attention to that community. It already has, with at least one Christian group calling for counter-prayer vigils on every waning crescent moon. And hey, here in the Age of Peak Crazy, when a reality TV star and shitty businessman is president, and an alarming number of people believe that a Satanic cannibalistic pedophile ring is operating out of a friendly neighborhood pizza parlor in DC, what harm could there be in a little occult theater? Let the spiritual combat begin!

My friend Peg Kay Aloi, a modern practicing witch, has two articles out on the “Chilling Adventures of Sabrina.” In the first one, on Arts Fuse, she reviews the third season of the show and discusses the importance of the season’s plot arc (spoilers aplenty). Also at the end of Season Two, Sabrina’s Aunt Zelda […]