Restaurant server drags giant lizard out by the tail 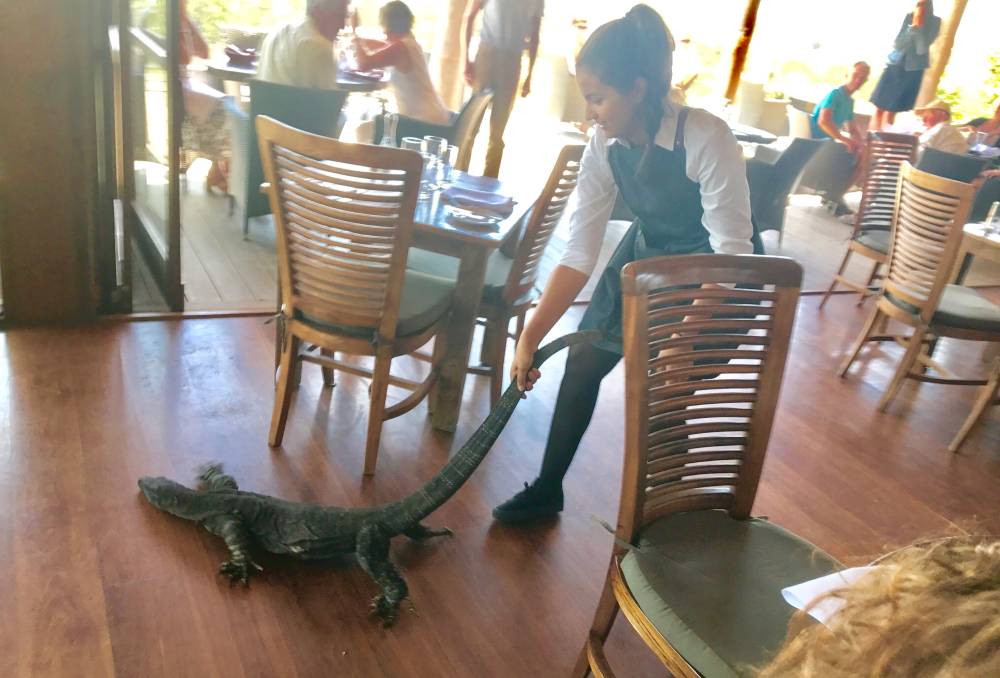 Working in an Australian restaurant has some region-specific duties, like dragging giant goannas off the patio dining area. Samia Lila was up to the task, earning the name Goanna Girl thanks to the viral video.

Her employer appears proud; the restaurant wrote on Facebook: "Unwelcome visitor in the restaurant today was no match for French waitress Samia ( Goanna Girl )!!" Ms Lila has been in Australia since November and it was only the second time she had seen a goanna.

True story: I swam from a boat to a secluded beach in Ku-ring-gai Chase National Park last year, and one this size came out of the bush to see what was up. It walked over to me and stopped about two feet away. Then it stuck its tongue out and flicked my foot from where it stood. Its tongue was way longer than I expected. Apparently I didn't taste very good, because it just wandered back into the bush.

australia / lizards / who you goanna call?