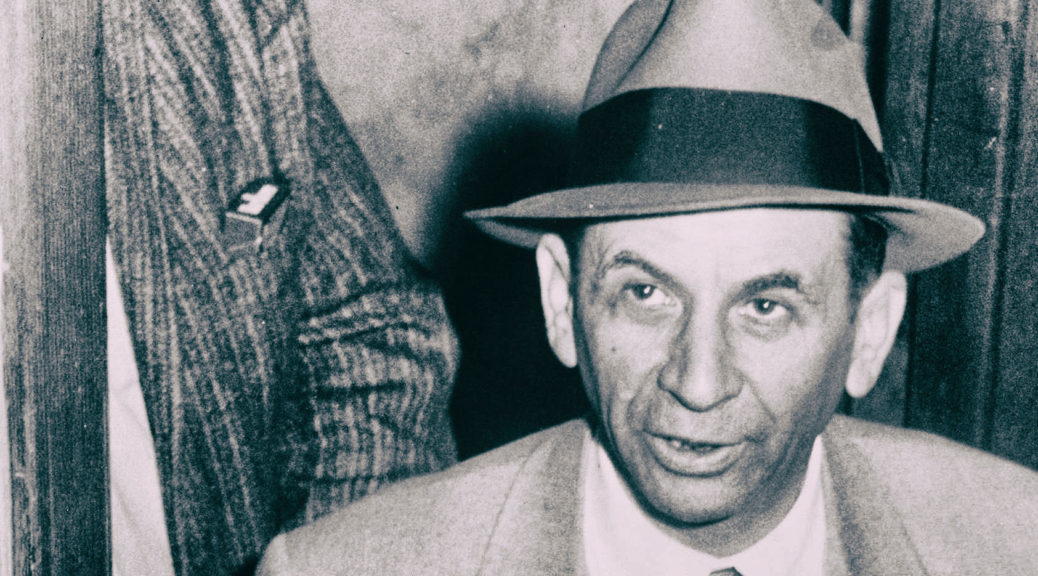 Meyer Lansky was an infamous and ruthless gangster — albeit one so personally charming that his life is chronicled in a book called But He Was Good to His Mother — and no friend of New York State Judge Nathan Perlman; nevertheless, as the Nazi-supporting German-American Bund staged more and more toxic rallies in New York City, Perlman quietly asked Meyer to form a squad of Jewish gangsters to disrupt their meetings.

Lanksy and his paleo-antifas were apparently devastatingly effective, delivering savage beatings at Bund meetings — even infiltrating them with club-wielding fifth columnists who'd rush the stage at the same moment as the outsiders were beating down the doors.

I must confess here that I am ambivalent about Nazi-punching; I freely acknowledge the atavistic, visceral pleasure in doing so, and I also understand the arguments about free speech and its consequences. But because of the former, I'm suspicious of my sympathy to the latter — it always seems too much of a happy coincidence when the thing your lizard brain insists will make you happy seems to coincide neatly with the rationale your higher intellect is able to construct to justify it.

Here's Meyer's description of one of these events:

"We got there that evening and found several hundred people dressed in brown shirts. The stage was decorated with a swastika and pictures of Hitler. The speaker started ranting. There were only about fifteen of us, but we went into action.

We attacked them in the hall and threw some of them out the windows. There were fistfights all over the place. Most of the Nazis panicked and ran out. We chased them and beat them up, and some of them were out of action for months. Yes, it was violence. We wanted to teach them a lesson. We wanted to show them that Jews would not always sit back and accept insults."

…
"The Nazi scumbags were meeting one night on the second floor. Nat Arno and I went upstairs and threw stink bombs into the room where the creeps were. As they came out of the room, running from the horrible odor of the stink bombs and running down the steps to go into the street to escape, our boys were waiting with bats and iron bars. It was like running a gauntlet. Our boys were lined up on both sides and we started hitting, aiming for their heads or any other part of their bodies, with our bats and irons. The Nazis were screaming blue murder. This was one of the most happy moments of my life."