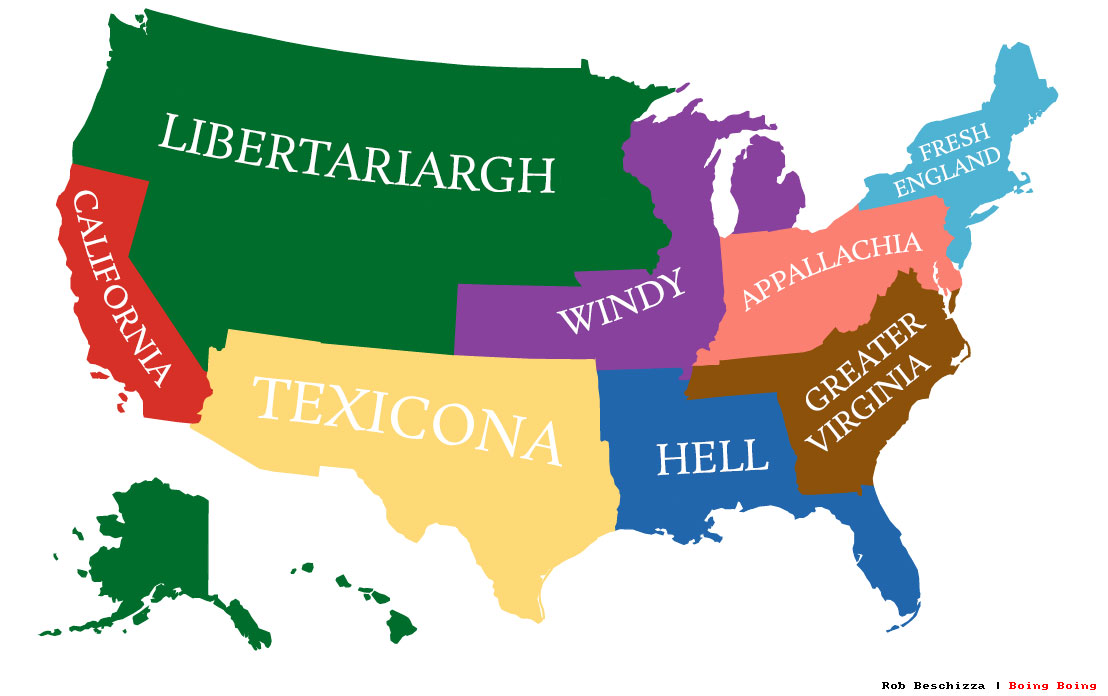 Speculative redivisions of the USA into equal-population states tend to discard the existing ones entirely in favor of the average. I thought it would be interesting to instead keep the most populous state, California, then combine other states to meet it in size. Since they're always complaining.

You can do it all sorts of ways, many doubtless better than mine, but this seems a fair basic picture of what would result: Eight states of roughly 40m people each.

Which is to say, if we allow ourselves a crudely democratic understanding of what representative democracy should be, there would only be 16 senators in a Senate that fairly represented people living in California.

NEXT: America divided into states with the population of England