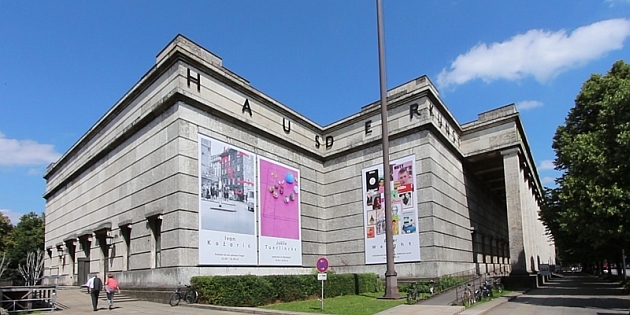 Bavaria's Verfassungsschutz -- "Federal Office for the Protection of the Constitution" -- says that the Haus der Kunst, one of the world's top contemporary art galleries, was infiltrated by Scientologists who rose through the ranks, illegally discriminated against non-Scientologists when hiring, and waged psychological warfare against staff who were not members of the cult.

Haus der Kunst's director Okwui Enwezor sent letters to staff explaining that an "external personnel manager" had been fired over the issue, and parliamentarians and other sources claim there are other crypto-Scientologists in positions of power throughout the gallery's hierarchy. One person, referred to as "Mr Scientology" in an employee's complaint, is said to have pressured colleagues to go to Scientology centers.

The man began working as a freelance accountant at the Haus der Kunst in 1995, gradually gathering more and more responsibility over the years - including the power to hire staff and draw up shift plans.

This makes the affair "the most interesting Scientology case we've had so far in Germany," according to Arnd Diringer, a lawyer who has written extensively about the Church in Germany. Should the manager contest his termination in court, Diringer thinks the legal ramifications could expose all of the state's long-running problems with Scientology.

"If he deliberately hired other Scientologists, then he may of course have violated his responsibilities as a personnel manager," he told DW. "He is of course obliged to hire people impartially." But Diringer had another concern - what if the man used Scientology-based management techniques for the job? "Then it'll be interesting to see if using those techniques count as a reason for dismissal," he added.