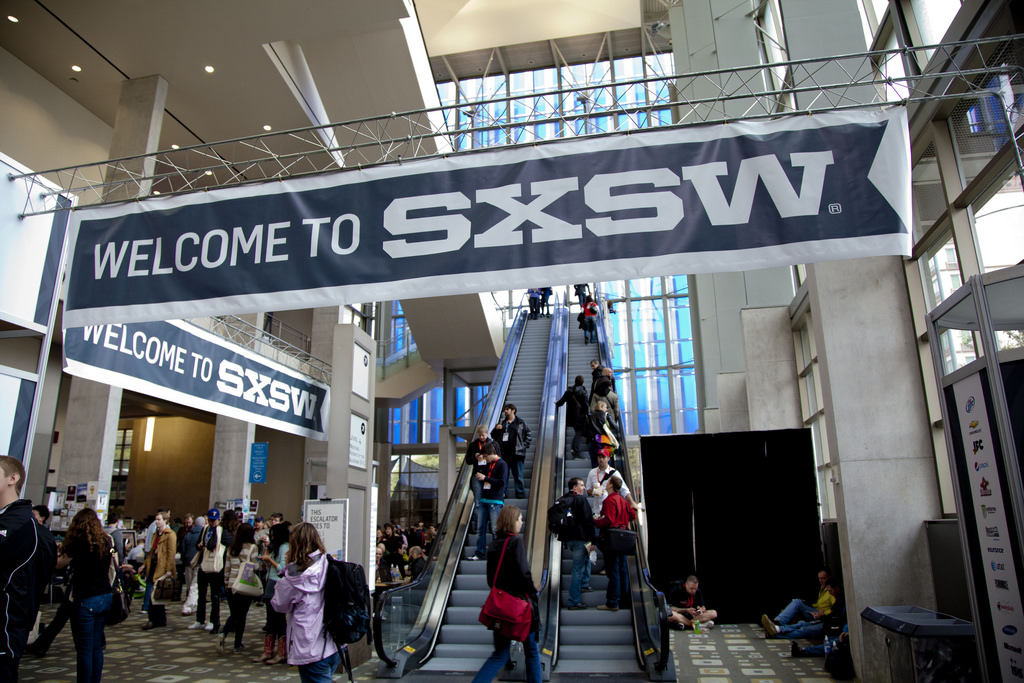 For many years, the SXSW festival's standard contract with its non-US artists contained an over-reaching, frightening clause that seemed to threaten them being turned over to immigration authorities if they violated the terms of their deal with the show -- say, by playing unauthorized gigs. Though the festival never invoked this language, it took on a new salience in light of the Trump administration's scapegoating of migrants.

Viewed in light of the Trump administration's scapegoating, SXSW's contractual language went from the domain of mere overreaching lawyerly scare-talk and into actively taking a side in the Trumpian war on brown people and foreigners. This prompted SXSW to take a series of steps that culminated with the publication of an unequivocal statement promising not to invoke immigration threats in its relations with artists.

The statement promises to expunge the offending language from next year's contracts, and affirms that SXSW has never invoked this clause and never intends to.

It's a welcome announcement from the festival, and a smart move on their part.

It's also a cautionary tale about the nonsensical lawyerly practice of larding standard, non-negotiable agreements with clauses that can most charitably be described as "bullshit," a practice that goes far beyond SXSW. Law school classes on contracts always stress that contracts should include only the terms that the parties intend to abide by, unadorned by confusing gotchas or dick-swinging, muscle-flexing overreach by the more powerful party's lawyers. This is the best way to write contracts, because if some of the contract is actually intended to govern some business dealing, and the rest is just posturing, there's a danger that one or both parties will lose track of which is which -- they'll either scrupulously abide by terms that, taken literally, makes it impossible to get anything done; or they'll ignore some core element on the contract, mistaking it for some of the macho fluff around the edges.

Nevertheless, contracts are typically encysted in bullshit, because there are few penalties to lawyers for adorning their creations with testaments to their superior negotiating power. One of the few ways in which the more powerful party can suffer as a result of overreach is when the bullshit becomes public -- as it did in the case of SXSW -- and brings the whole enterprise into disrepute.

The traditional lawyerly rejoinder when this happens is "well, you lack the expertise to understand why this is there" (there are echoes of this even in SXSW's current statement, which says, basically, "We never enforced this and never intended to and it was there for years anyway," which leaves us to wonder, "Why keep something around for years if you never planned on needing it?"). This is lawyerspeak for "take me seriously, not literally" -- or, "If I want to, I can destroy you. Regardless of what this contract says, it means that we're in charge and you'd best get permission before you do anything."

While SXSW works to be in compliance with U.S. immigration law, it is important to know that:

*
SXSW has not, does not, and will not, disclose an artist’s immigration status, except when required by law.

*
SXSW does not have the power to deport anyone.

*
SXSW does not “collude with” any immigration agencies including ICE, CBP or USCIS to deport anyone.

*
Each year SXSW coordinates with hundreds of international acts coming to SXSW to try and mitigate issues at U.S. ports of entry. This year we are working to build a coalition of attorneys to assist any who face problems upon arrival in the States.

*
In the 31 years of SXSW’s existence, we have never reported any artist or participant to any immigration agency.

SXSW STATEMENT REGARDING COMMITMENT TO OUR INTERNATIONAL ARTISTS [SXSW]