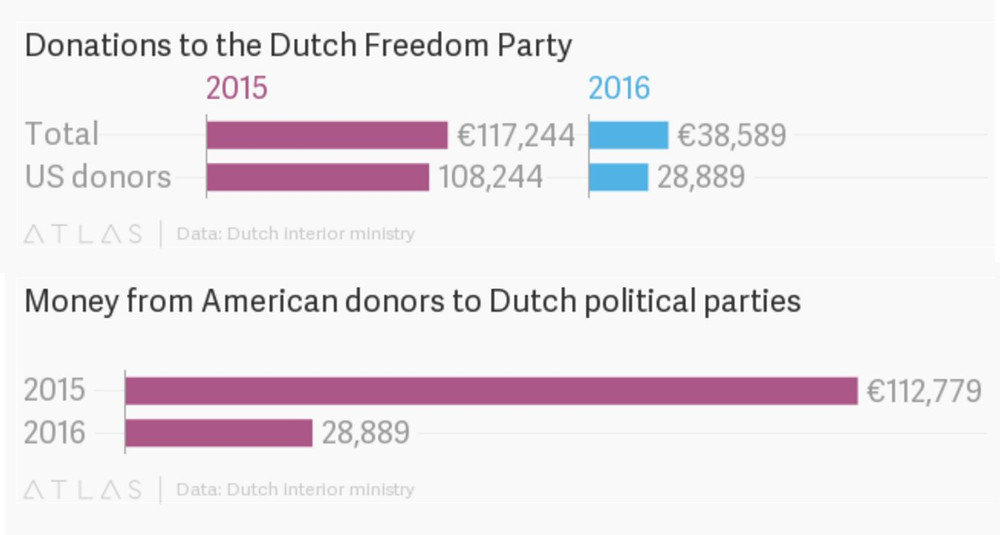 Virtually every cent raised by Geert Wilders, a notorious Islamophobic candidate in the upcoming Dutch elections, has come from a clutch of secretive American millionaires, led by David Horowitz, who calls Wilders "the Paul Revere of Europe."

The foreign support may be waning. According to the latest campaign disclosure report, last year’s contribution by Horowitz to Wilders’ campaign dropped to €22,036. Wilders, who was convicted of hate speech last year, has recently slid in the polls. (Horowitz rallied behind Wilders when he was put on trial and acquitted for inciting hate against Muslims in 2010.)

The PVV is currently projected to win 16% of the vote, or between 24 to 28 seats in the Dutch parliament, down from a prediction of around 20% in January, according to the Dutch Polling Indicator, which combines opinion polls into one estimate. Current prime minister Mark Rutte’s conservative liberal VVD is leading in the polls.