Before filing cabinets, we had the coolest desks 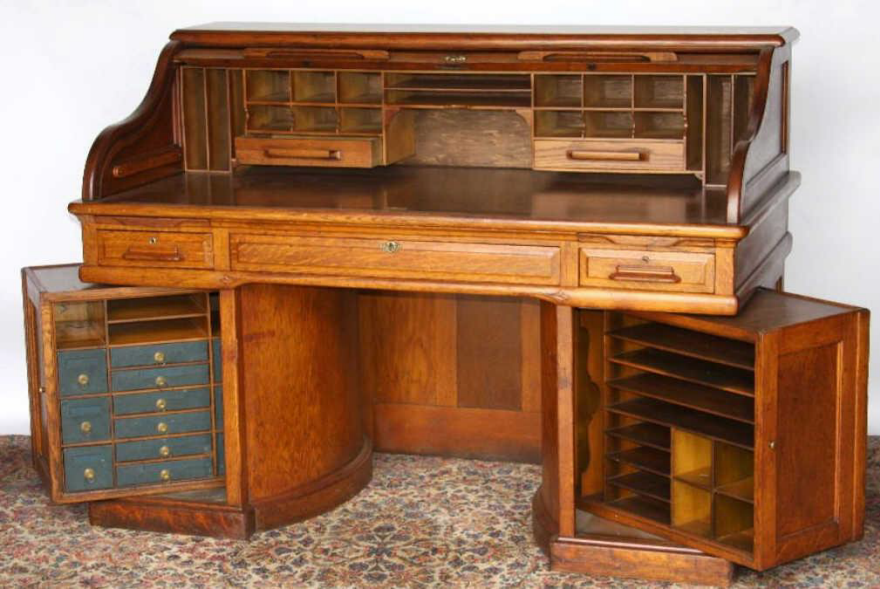 The "rotary desk" went out of style with the advent of filing cabinets, but in their heyday, they were marvels of rotating cabinetry, tiny clever drawers and cubbies, and roll-down secretary tops.

A few of Wooton's desks from the 1880s still survive today, and can be admired in auction catalogs and the like. Core77's Rain Noe rounds up a droolworthy collection of designs, including some pictures of a travelling salesman's scale model!