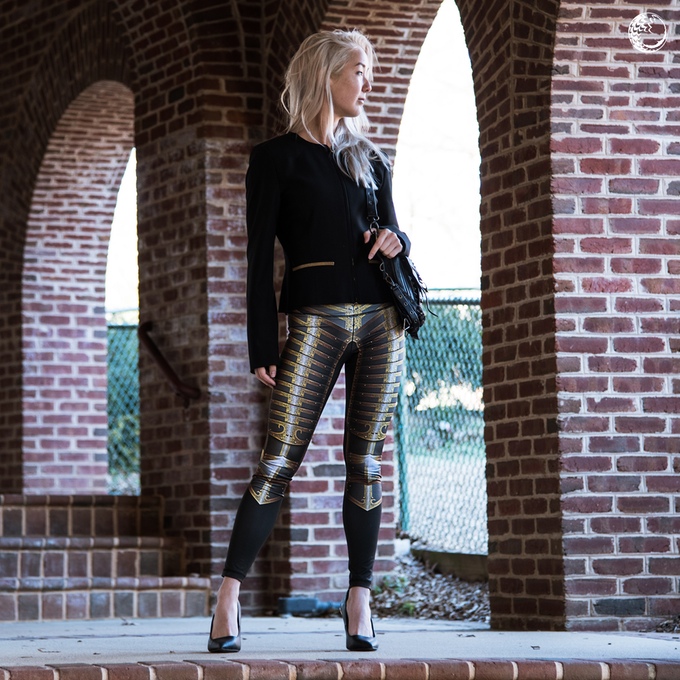 Lorica is a fully-funded Kickstarter campaign that started with the promise of making leggings inspired by medieval armor, with rigorous and accurate depictions -- now that the campaign has reached its stretch goals, it has grown to incorporate a range of armor-inspired clothes.

The leggings are a US-manufactured, wicking blend of spandex and recycled-plastic yarn, with smart seams and cuts designed for comfort and ease of motion. They were inspired by armor currently on display at the Metropolitan Museum of Art's Arms and Armor exhibit.

"Lorica" is Latin for body armor; in Christian monastic tradition, a lorica is a prayer of protection. It's also an armor-inspired line of clothing designed to slay, wherever you take the fight.

Our leggings are constructed from a fabric that is 14% spandex and 86% recycled yarns derived from plastic bottles. In fact, about 20 bottles go into each pair. But they're stretchy, soft, and moisture-wicking to keep you dry and stank-free no matter how hard you're working. So basically you can save the earth by getting your sweat on in comfort. IT'S LIKE MAGIC.