Pothole in your neighborhood? Tell Portland Anarchist Road Care to fix it 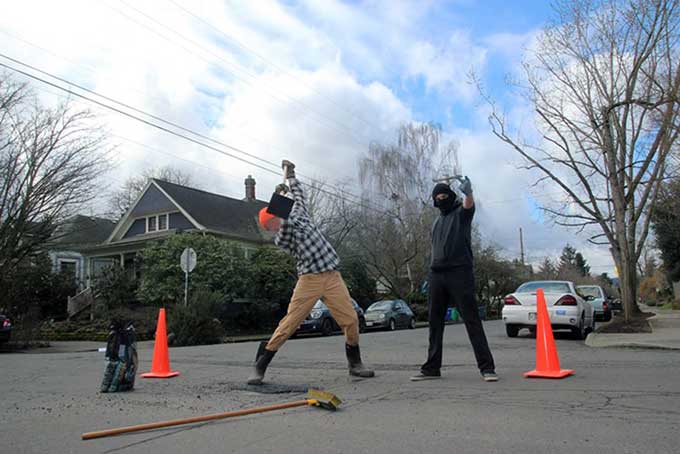 Because we believe in building community solutions to the issues we face, outside of the state.

Because society portrays anarchists as only breaking windows and blocking roads.

Because when faced with anarchism as a political theory, statests often ask "But who will fix the roads."

Because the city of Portland refuses to adequately repair roads in a timely manner.

We are Portland Anarchist Road Care. We believe in community oriented direct action. We believe the state cares more about funding a militarized police force to suppress free speech than caring for and repairing the roads.

The city of Portland has shown gross negligence in its inadequate preventative care through this winter's storms, and through its slow repair of potholes as weather has improved. Daily, this negligence is an active danger to cyclists and causes damage to people's automobiles, and an increased risk of collision and bodily injury.

Portland Anarchist Road Care aims to mobilize crews throughout our city, in our neighborhoods, to patch our streets, build community, and continue to find solutions to community problems outside of the state.