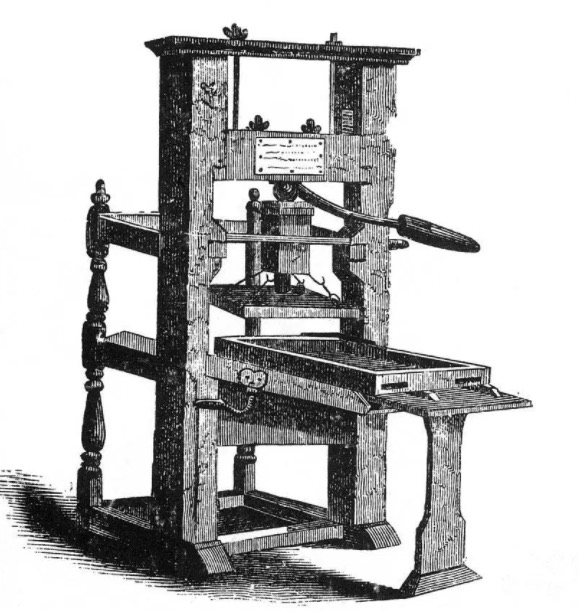 Over at the Stanford Social Innovation Review, my friend and Institute for the Future colleague Marina Gorbis looks back at Johannes Gutenberg’s 15th century invention of the printing press and the unintended consequences of our own "Gutenberg Moment":

As we try to adjust and make sense of the dizzying changes that seemed to climax in the latest US presidential election, a few lessons from history seem particularly relevant. First, we should probably ignore the utopian pronouncements of many tech creators. With their “inventor” or “marketer” zeal, they are too eager to sell us the promises of future glories—democratization, personal freedoms, more access, more transparency. Remember Joe Trippi, Howard Dean’s tech-savvy campaign manager, declaring, ‘‘The Internet is the most democratizing innovation we’ve ever seen, more so even than the printing press”? The tech zealots are only partially right: Yes, we are getting all of those great things, but for every utopia, we also get a dystopia. David Sarnoff, radio and television pioneer and founder of Radio Corporation of America (RCA), saw new broadcast technologies as avenues for enlightening the public—bringing classical music, opera, theatre, and the arts into people’s living rooms. Today, with hundreds of broadcast channels, you can probably find great operas, theatre, and a lot of other educational programming. But along with education, we are served Jerry Springer and Real Housewives of New Jersey. As we open up new channels, we can expect more of everything to pour in—more opera and more reality shows, more truths and more lies, more objective journalism and more Breitbart news. The unintended consequence of democratization of media channels is that good stuff gets harder to find or pay attention to as it gets drowned out in the sea of trash. And as more trash pours in, we begin to see a second unintended consequence: the undermining of established sources of expertise and judgment.

Back in 2016, New York Magazine tapped a bunch of people from a variety of backgrounds and asked them to imagine events that might take place over the next eight years; as with all futuristic exercises, it's less interesting as a predictive exercise and much more interesting as a diagnostic one, a snapshot of the […]