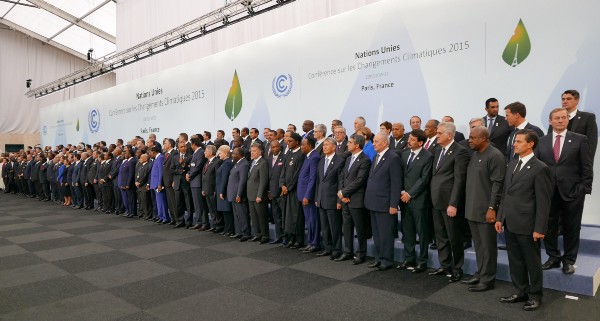 Despite Trump's denial of climate change the the ghastly attacks on climate science and mitigation in the new proposed budget, the Carbon Bubble -- which overprices hydrocarbons and the industries that rely on them, as though we'll be burning all of them with impunity -- is about to pop.

Alex Steffen lists the costs and benefits, the forces marshalled for a post-carbon economy .The reason carbon is underpriced is that the external costs of burning climate change -- like rescuing people from catastrophic weather events and drowning cities -- are borne by all of us, while the profits from hydrocarbons are held in a few hands.


This is a classic corruption problem: diffused costs borne by many and concentrated benefits accruing to a few allow the few to lobby for rules to allow their corruption to continue, while the rest of us are stuck in the trap of trying to figure out how to work together to thwart them by pooling our resources, which are already depleted by the costs of cleaning up the mess the few have made for the rest of us.


But Steffen says there's a change in the increasingly chaotic winds. The post-carbon industries -- from solar to electric cars -- are a way for rich investors to go long on climate action, and short hydrocarbons, and they become a force against the carbon barons' efforts to continue burning fossil fuels unchecked. Meanwhile, some of the big powers have gotten climate religion, evidenced by the fact that America's trading partners, from China on down, have announced that they'll stay in the Paris Accord whether or not Trump pulls America out of it. There's more at work here than mere belief in climate change, of course: China perceives an opportunity to weaken American geopolitical influence by presenting itself as a responsible steward of global stability, a niche the US once claimed for itself to enormous trade, military and economic advantage.

Combine that with the increasingly undeniable problems of anthropogenic, carbon-fuelled climate change; and rapid urbanization (which offers new efficiencies in carbon-neutral living, from public transit to shared infrastructure) and you've got a recipe for "a snap forward in climate action."


It's a hopeful vision of how geopolitics and markets as they are -- not as they might be in the future -- could be sufficient to carry us into the kinds of urgent action that's long overdue.

When we hear of potential catastrophes in 2080 —low-lying cities being swamped by rising waters, the loss of most of the Amazon rainforest, droughts that last decades, hundreds of millions of climate refugees being displaced — they sound far away from our lives. But little kids alive today will still be in the workforce in 2080. People now alive will see the year 2100. When scientists worry about cataclysmic weather chaos, they’re worrying not about distant unknowable generations. They’re worrying about the kids all around us: the ones on their way to school, playing in the park, asking for a bedtime story.

Serious, responsible people take the duty of protecting those kids extremely seriously. Many are extremely motivated now to push through changes, at whatever cost.
Americans’ support for climate action is growing.

We’re no longer talking about a handful of idealists, either. Those fiercely pursuing climate action include religious leaders (like the Pope, for instance), military generals and admirals, intelligence agencies, billionaire philanthropists, universities, scientists and (outside of the U.S.) political parties, labor unions and heads of state.

Public opinion is shifting towards climate action, even in the U.S.. Generational politics loom large here. Simply put, younger people have a stronger stake in our society taking bold climate action, and polls show that the younger Americans are, the more they want change. This alone is changing climate politics, since with every year, more older people opposed to change pass from the political scene, and more young people join it.