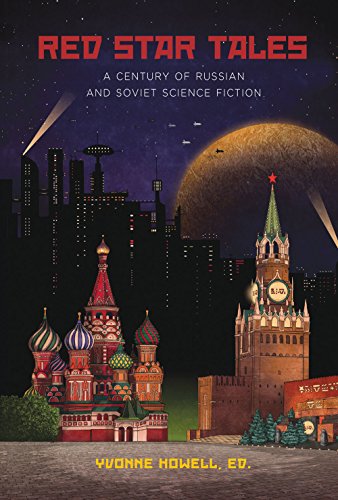 Russian science fiction is rarely cheerful or upbeat, but if you want to read some fantastic dystopian futures, Red Star Tales is the collection for you.

Yvonne Howell has collected 18 science fiction stories from Russia, spanning over 100 years of social development. Spanning everything from pre-revolutionary work, to Stalinism, and the post-Soviet era this volume also covers every style science fiction had to offer.

My favorites, the Strugatsky brothers and included in a long list of fantastic Russian authors. Fyodorov, Valery Tsiolkovsky, and Alexander Belyaev are stand outs.

Red Star Tales: A Century of Russian and Soviet Science Fiction via Amazon

This is how you keep your energy costs under control

According to the World Energy Council, the typical American home slurps down about 11,700 kWh of electricity per year. That’s over three times the average global household consumption, far outdistancing  from France (6,400 kWh), the UK (4,600 kWh), and China (1,300 kWh). Somebody’s gotta pay for all that power — and often, it’s you, our […]