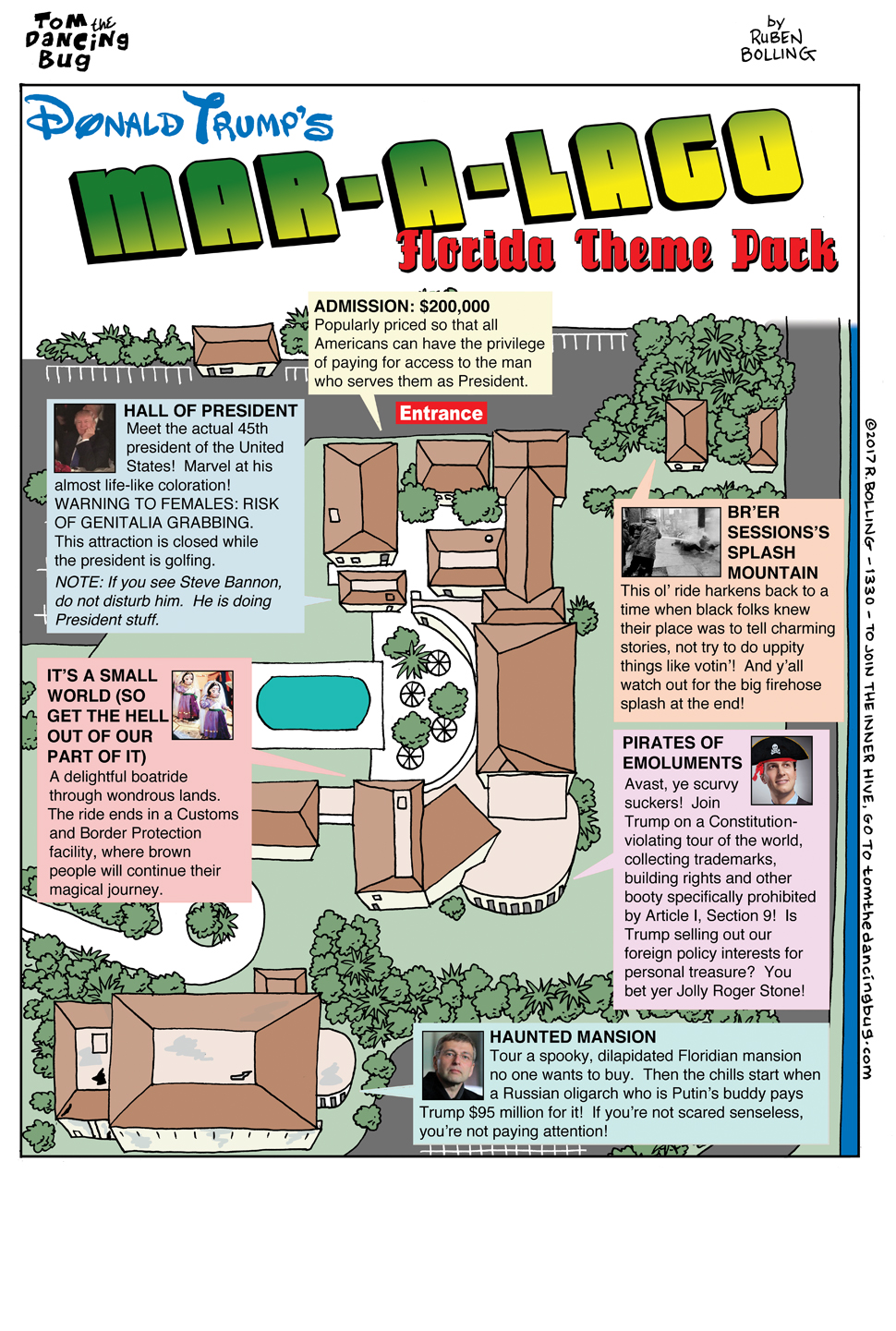 Tom the Dancing Bug, IN WHICH you will find your MAR-A-LAGO theme park map and guide for your day at the Trumpiest Place on Earth!