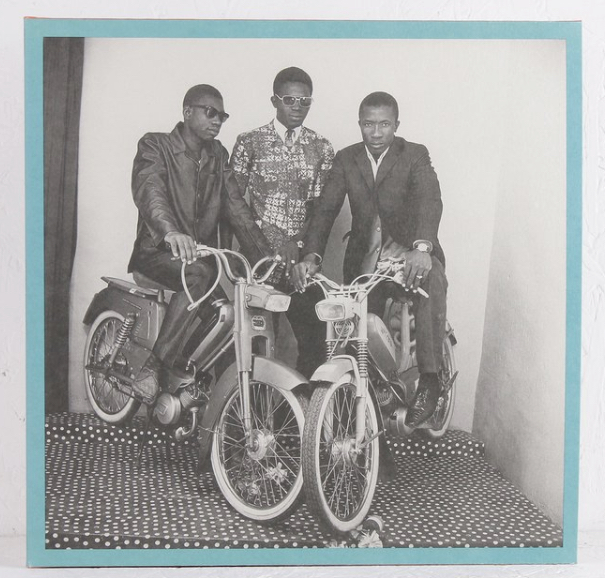 Founded in 1989, Mr Bongo is an exquisitely-curated indie record (and film) label that uncovers incredible Brazilian psych, rare soul, avant-jazz, and deeply groovy Afrobeat recordings and reissues them in beautiful and informative vinyl and CD packages. Based in Brighton, UK, the label's latest compilation is titled The Original Sound Of Mali and the clips I've heard drive me wild. These 1970s and 1980s cuts from the war-torn West African country are so deeply groovy and raw, culled from tapes that the performers never expected would be heard beyond their local scene. Have a listen below. From an interview with David 'Mr Bongo' Buttle at Ran$om Note:

Going back to the beginning, I’ve always been inspired by Mali music. There’s a haunting, heavy quality to it. I used to work with Ali Farka Toure when I worked at World Circuit back in ’88, and I found out about Mali music then. So over the last 20 or 30 years I’ve been getting into the artists featured on this album; Idris Soumaoro, The Rail Band and so on. That process helped me find some of the people involved and start to license stuff. It took a long time; it’s taken about three or four years to put this together...


To a certain extent; the record is a document of a certain time that isn’t now. It’s good to draw attention to things though. Just by talking about Mali it opens up a lot of new stories, and that’s what inspired us initially. It’s an ever changing situation. I was really disappointed that the Timbuktu library got destroyed, and all those great documents got destroyed. Mali’s not a place you can go to that easily now. It’s not that safe. It’s really sad what’s happening there. We dedicated the album to Malick Sadibe, and the situation in Mali hasn’t been highlighted that much recently, I guess because we don’t have that Francophone connection in this country. We had that first splurge when the French troops first went in but that was quite a while ago. Hopefully this record will trigger some new interest. 6 Music made this the biggest compilation of the week, and there was a lot of good feedback from people calling in saying they’d like to know more about Mali, so maybe there is a bit of a knowledge gap that this can help fill.