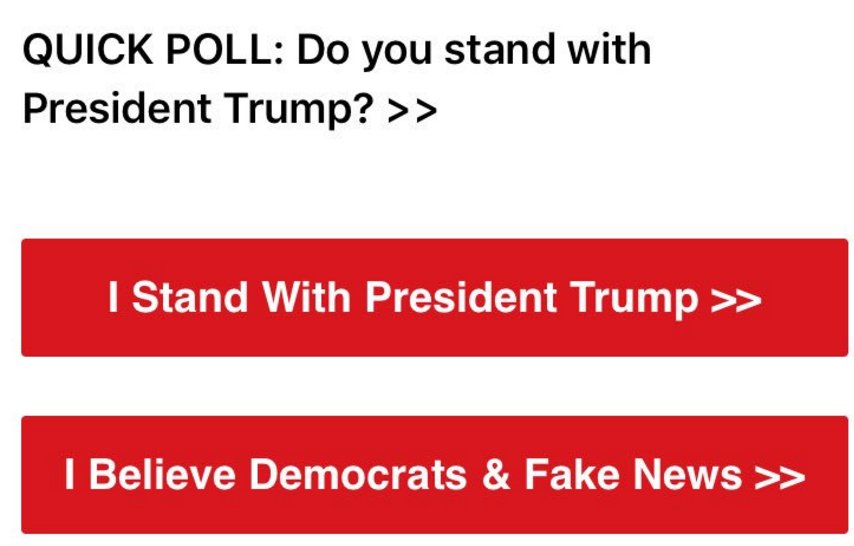 The latest poll emailed by Trump HQ to its mailing lists asks supporters to click based on whether they "stand with President Trump" or "believe Democrats and Fake News": click the former and you're taken to a donation solicitation, click the latter and you are taken to a page where you're informed that "Democrats, the media, and the entire opposition have tried to take down President Trump by attacking him, spreading fake news and fake polls, and spreading fake news."

If you click on "I believe the democrats and fake news," you get this page pic.twitter.com/EuSxjy3dDb

Trump ends the "poll" by begging for money (which you should give him to spite the lyin' media) pic.twitter.com/XN02PBecQX

Next US Presidential Ballot:

I cast my vote for:

(A) President Trump, the greatest American history has known