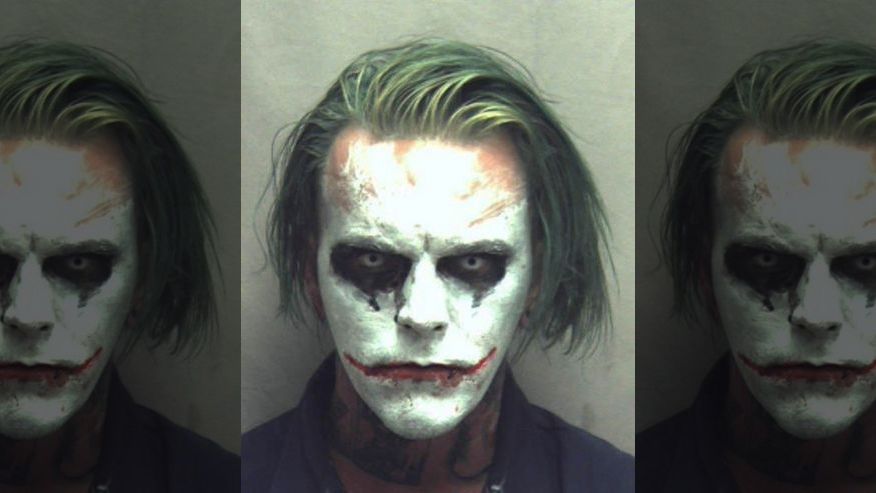 The AP reports that Jeremy Putnam, 31, was arrested in Winchester, Virginia, and charged with "wearing a mask in public," a felony in that state.

§ 18.2-422. Prohibition of wearing of masks in certain places; exceptions.

It shall be unlawful for any person over 16 years of age to, with the intent to conceal his identity, wear any mask, hood or other device whereby a substantial portion of the face is hidden or covered so as to conceal the identity of the wearer...

...with specific exceptions for "traditional holiday costumes," protective or medical masks, or ones for a "bona fide theatrical production or masquerade ball."

Putnam is being held at the Northwestern Regional Adult Detention Center.