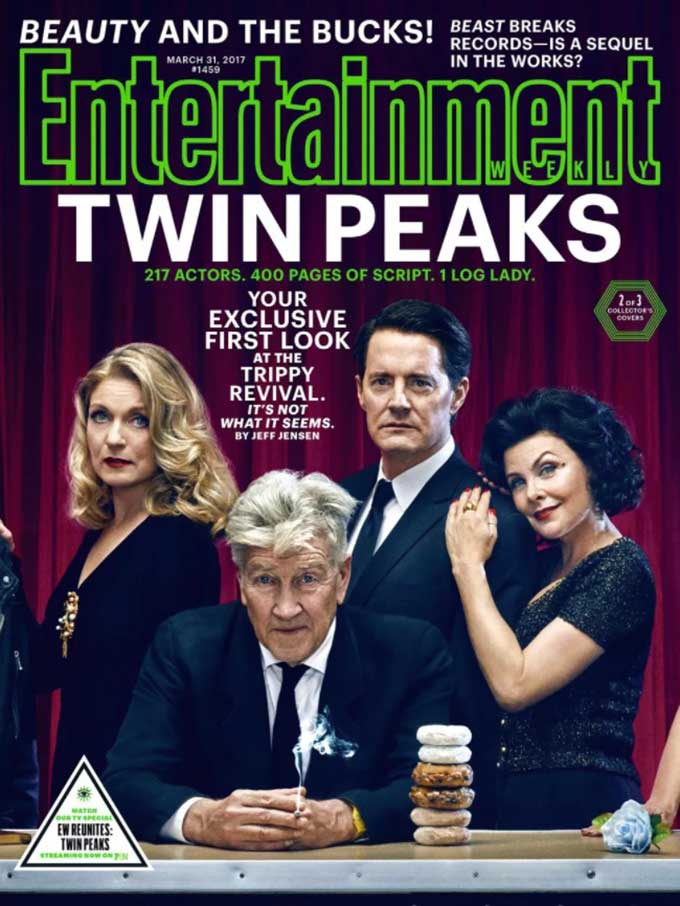 The first mind-blowing episode of Twin Peaks aired in 1990. On May 21 this year, Showtime will debut a two-hour episode of the revival series, produced by creators David Lynch and Mark Frost, and starring the original crew. In this video, Kyle MacLachlan, Sherilyn Fenn, Peggy Lipton, Everett McGill, and Wendy Robie talk about what it's like to play characters for the first time in 25 years.

In this video, taken on the set of Twin Peaks’s Black Lodge, Kyle MacLachlan demonstrates his expertise at falling over. Director David Lynch is impressed.

A few days ago, I wrote about the transformation of WWE Smackdown into a beautiful work of Beckett-esque absurdist theatre once the audience was removed for coronavirus safety. I didn’t think it could get anymore gloriously weird. Then Twitter user @SIDEEYEmusic took it to the next level by adding the Twin Peaks score. i added […]

From the Welcome to Twin Peaks fan site: Always eager for fun on social media, Kyle MacLachlan today (Feb 24) decided to launch his brand new TikTok account in the most Twin Peaks way ever. At exactly 11:30 AM (Pacific Time) on Twin Peaks Day, the actor shared a video of him reenacting FBI Special […]