United Airlines bars girls in leggings from boarding flight: they're "not properly clothed" 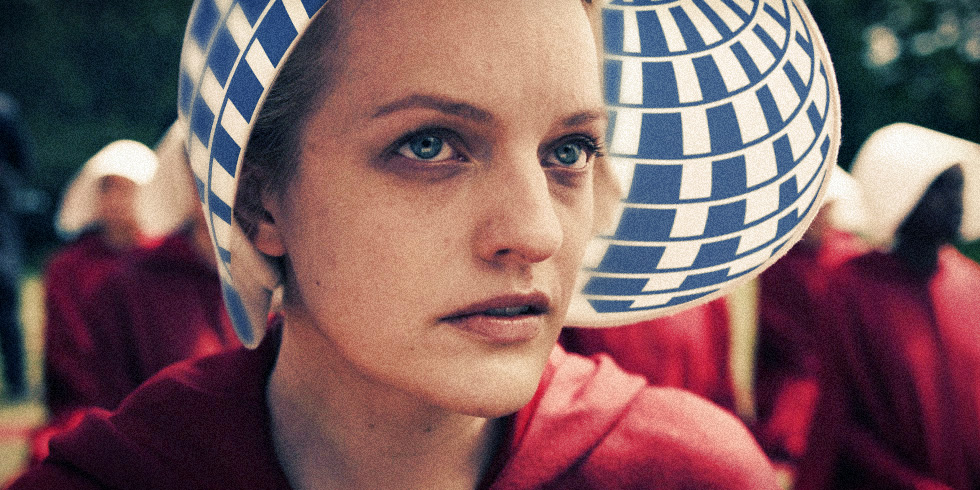 Call it The Landmaid's Tale: two girls were barred from boarding a flight by a United Airlines agent Sunday, and the airline confirmed that leggings are against a dress policy it applies to people traveling on passes issued to employees and their dependents.

A United Airlines gate agent barred two girls from boarding a flight Sunday morning because the girls were wearing leggings.

Another girl who was wearing gray leggings had to change before she was allowed to board the flight from Denver to Minneapolis, a witness said.

“She’s forcing them to change or put dresses on over leggings or they can’t board,” Shannon Watts, who was at a gate at Denver International Airport said on Twitter. “Since when does @united police women’s clothing?”

The airline, when challenged, backed up its gate agent on Twitter.

@shannonrwatts In our Contract of Carriage, Rule 21, we do have the right to refuse transport for passengers who ... https://t.co/52kRVgaCyb

"Casual attire is allowed as long as it looks neat and is in good taste for the local environment," tweeted a United Airlines spokesperson.

The "contract" referred to turns out to be very vague indeed, specifying only that passengers must be "properly clothed."

@levarburton who was denied boarding this morning because her attire didn’t meet the United pass travel clothing requirements. ^FS (2/2)

The girls' father boarded in shorts, according to a witness, after putting his daughters in dresses.

The airline is currently taking on all-comers on Twitter, ensuring everyone knows that its employee-related policies, however comically puritan ("Pass riders may wear ... shorts that are no more than three inches above the knee"), do not apply to general boarding.

The passengers this morning were United pass riders who were not in compliance with our dress code policy for company benefit travel.

Reminder: they're talking about little girls in leggings—and before it got its story straight, United plainly asserted that it would apply the no-leggings policy to all passengers irrespective of status on the basis of its general contract of carriage, updated Feb 17, 2017.

@baddestmamajama United shall have the right to refuse passengers who are not properly clothed via our Contract of Carriage. ^FS