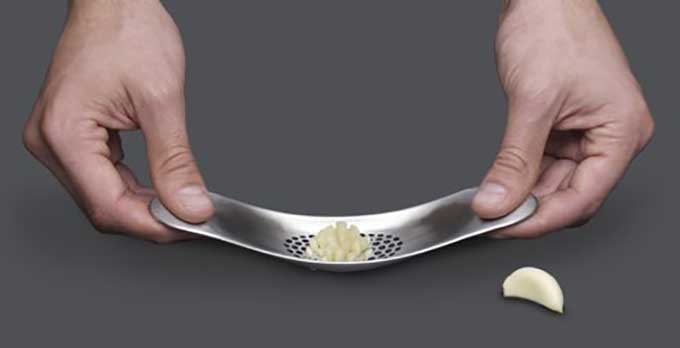 I use this rocker garlic crusher several times a week. To use it, you just put a peeled clove of garlic under the crusher and rock the crusher over it a few times. It will smash the garlic through the holes, which you can then add to your food or skillet. When you are done, you can rub the stainless steel rocker underwater and "wash" your hands to remove the garlic smell from your skin. I like using this a lot more than a traditional garlic press, which seems to "juice" garlic more than mince it, as this rocker does. It's $15 on Amazon and will last forever. Here's a cheaper version (which I have not tried):