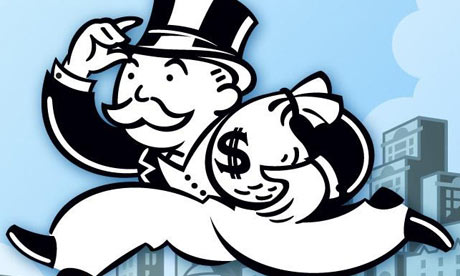 Wells Fargo got caught ripping off millions of customers by setting up fake accounts in their names, then billing them for "services" related to those accounts, sometimes tanking their credit-ratings, costing them jobs, even their houses -- but the company says you're not allowed to sue them because their employees fraudulently signed your name to a "binding arbitration" agreement that forces you to take your case to a fake judge whose salary they pay.

But in a rare exception, a two-year-old class action lawsuit against the company resulted in a $110,000,000 settlement. It's relatively small, given the scale of criminality involved, but it's also 20 times more than Wells customers were going to get under a deal with the feds.

This is only possible because Wells's victims were able to club together in a class action suit; under binding arbitration rules, each customer would have to individually take action against the bank.

By contrast, under the joint $185 million settlement, Wells agreed to pay only as much as $5 million to customers, and the settlement put Wells in charge of deciding who to pay what. By contrast, The Los Angeles Times reports that Wells has paid out only $3.2 million to date.

If you assume 40% of the $110 million goes to lawyers (which is a high estimate), you have $66 million going to customers, nearly 20 times what they would have otherwise received.

Regulators simply aren’t keen about going after what they regard as nickel and dime frauds, even if perpetrated on a large-scale basis. The old class action bar was the main check against that, and big business has been very successful in curtailing these lawyers’ ability to operate. By contrast, after the hissy fit in the House and Senate by both parties over the Wells abuses, they’ve all lost attention and moved on to fresher causes celebre. For instance, I don’t see any comments from Elizabeth Warren on Twitter related the latest Wells developments, which would seem to support her case for keeping the Consumer Financial Protection Bureau, but perhaps she’ll weigh in later.