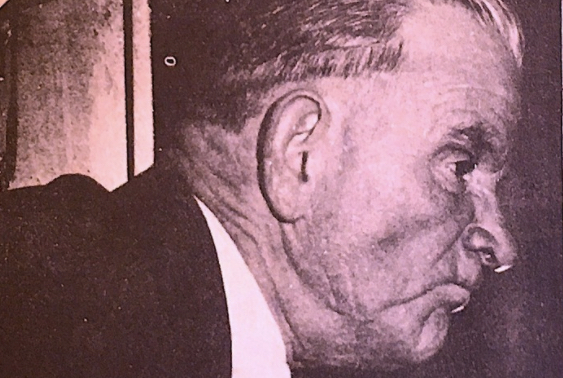 In the early 20th century, James "Smelly" Kelly used his legendary sense of smell and DIY inventions to find hazards, leaks, elephant poop, and eels that were causing problems in the New York City subway system. Atlas Obscura's Eric Grundhauser profiles the the man known as The Sniffer:

In addition to finding water leaks and plumbing issues, Kelly was also responsible for detecting dangerous gas and chemical leaks. From invisible gas fumes that could be ignited by a random spark, to gasoline draining into the system from above-ground garages, Kelly was there to find them out using his allegedly hypersensitive nose.


The most sensational tale of Kelly’s sense of smell was the time he was called to a 42nd Street station to suss out a stench that had overtaken the platforms. According to Kelly’s own account, the smell was so bad it almost bowled him over, but as he got his head back in the game, he pinpointed the source of the reek as… elephants. Amazingly, he was correct. The station in question had been built beneath the location of the old New York Hippodrome, which had been torn down in 1939. The Hippodrome had often featured a circus, and layers of elephant dung had ended up buried at the site. A broken water main had rehydrated the fossilized dung and subsequently leaked into the subway. Until, that is, Smelly Kelly was able to identify it.