This book helped me manage my back pain 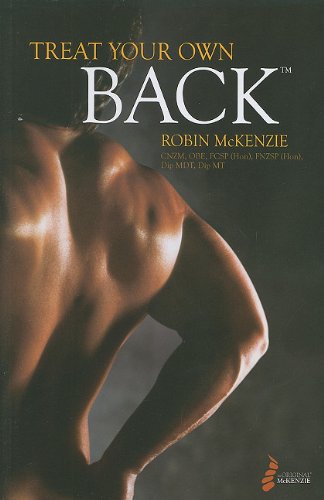 Abuses in my youth have left me in a lot of pain. Robin McKenzie's Treat Your Own Back helped me more than any doctor.

I was desperately searching for an option other than letting doctors I do not trust operate on my spine. In response, a friend sent me a copy of this book. Spine, neck and lower back expert Robin McKenzie's Treat Your Own Back delivered enough information to let me hold off on the surgery and return to a fairly functional life.

Treat Your Own Back gives a lot of information about why the pain is happening, and what posture can do to alleviate it. Simple exercises that'll help relieve pressure on nerves, and build core strength. Common sense approaches to dealing with back pain, rather than running right for surgery.

Someday I think I'll end up under the knife. I have some good friends who have had wonderful success with it. Until I find I really need it, and I've run out of self-care options, however, I'm going to keep looking for books like this one.


Treat Your Own Back by Robin McKenzie via Amazon