This 'Putin as a gay clown' image is now illegal in Russia, so please do not share 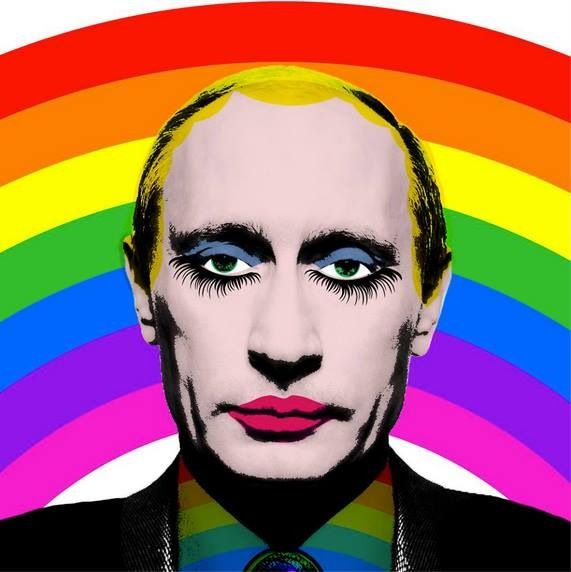 This image of Russian leader and purported Donald Trump kingmaker Vladimir Putin as a gay clown is now illegal in Russia. Whatever you do, do not share this far and wide so that everyone sees it.