If you're not reading Saga yet, Book 7 proves you should get caught up RIGHT NOW 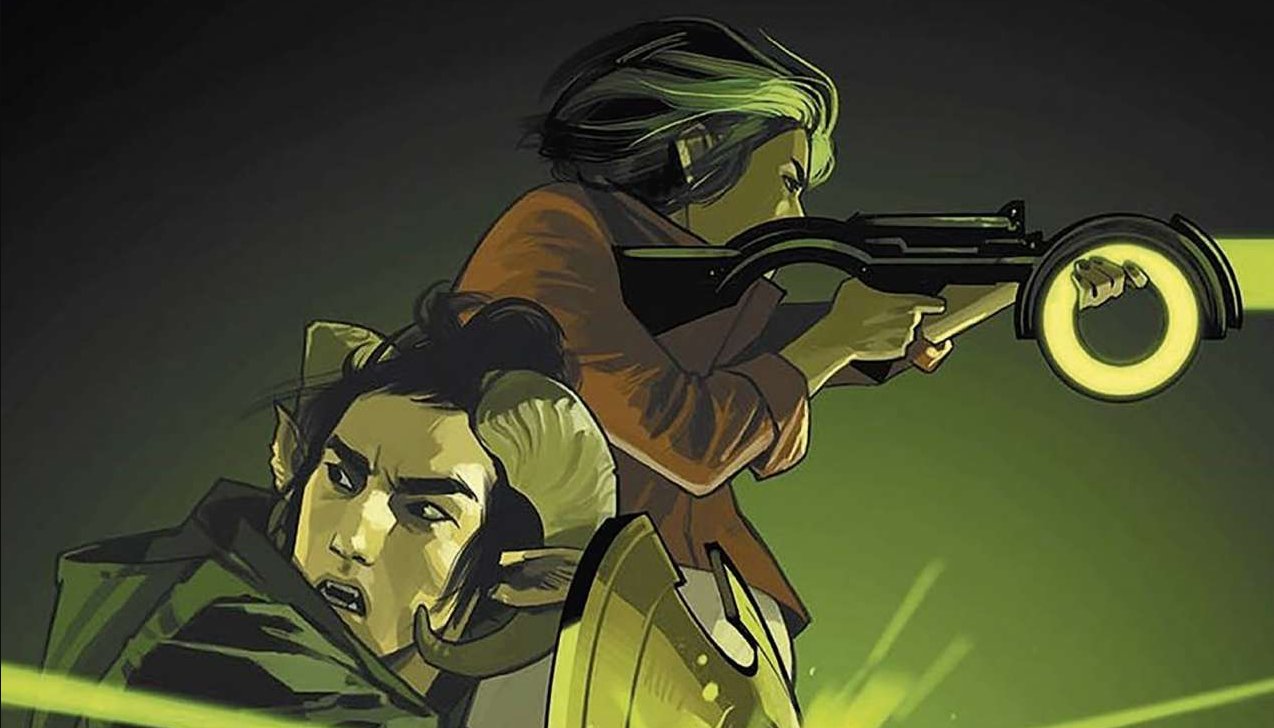 If you're not reading Saga yet, Book 7 proves you should get caught up RIGHT NOW

Saga is Brian K Vaughan and Fiona Staples' magnificent, visually stunning, adventurous, funny, raunchy, complex and provocative graphic novel; the first six volumes of collected comics moved from strength to strength, fleshing out a universe that was simultaneously surreal and deadly serious, where cute characters could have deadly-serious lives: now, with volume 7, Staples and Vaughan continue their unbroken streak of brilliance.

That's Saga for you. Volume 7 fleshes out some of the series' best villains (Prince Robot is such a perfect, well-rounded baddie now!); introduces an entire new species of fatalistic weasels as well as impossibly vast, planet-eating babies; gives us vengeance and bravery; comeuppance and self-sacrifice; and heart-ripping tragedies.

Saga feels like it's hitting the balance George Lucas got so horribly wrong with his three prequels: mixing real politics (and realpolitik) with fast-paced adventure and some of the most eyeball-kicking visuals this side of Mos Eisley Cantina (or Metal Hurlant). Vaughan is nominally the writer and Staples the illustrator, but from Vaughan's own descriptions, I know that Staples is really best thought of as a co-writer, and the collaboration is so very fruitful.

I know that it's hard to imagine jumping into a series that's already produced seven collected volumes, but if there's one thing Staples and Vaughan keep proving, it's that this is a series that will repay your investment of time and attention.