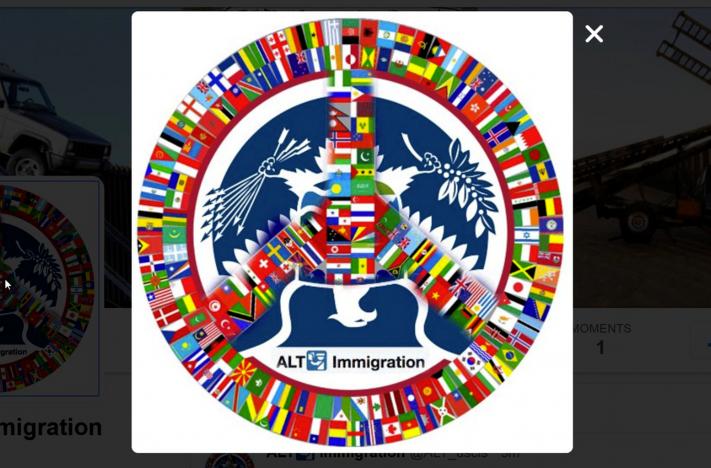 Twitter today dropped a lawsuit it filed on Thursday against the U.S. Homeland Security Department, after saying the DHS withdrew its summons for records about who is operating a Twitter account critical of President Donald Trump.

In its now-abandoned lawsuit against the government, Twitter said they couldn't unmask the identify of who was behind the @ALT_uscis account because of Constitutional protections for free speech.

Whoever is behind the account has not said who they are, but the format of the account implies that it is one of many rogue accounts set up by U.S. government employees in various agencies who were fearful of chaos and disruption as the Trump regime took over.

The lawsuit says the account "claims to be" the work of at least one federal immigration employee.

The "U.S. CIS" in @ALT_uscis refers to U.S. Citizenship and Immigration Services. The account describes itself as "immigration resistance."

Twitter attorney Mark Flanagan said in court papers a U.S. Justice Department lawyer told Twitter about the withdrawal of the summons on Friday, so the government's demand "no longer has any force or effect."

Here's a PDF of that document.

The abrupt end to the dispute may indicate that Justice Department lawyers did not like their chances of succeeding in a fight about speech rights, said Jamie Lee Williams, a staff attorney at the Electronic Frontier Foundation, which advocates for digital rights.

"It seemed like a blatant attempt to censor or chill the people behind this account, or to retaliate against people who are speaking out against this administration," Williams said.

"This could have been a huge loss for the administration in court," she added.