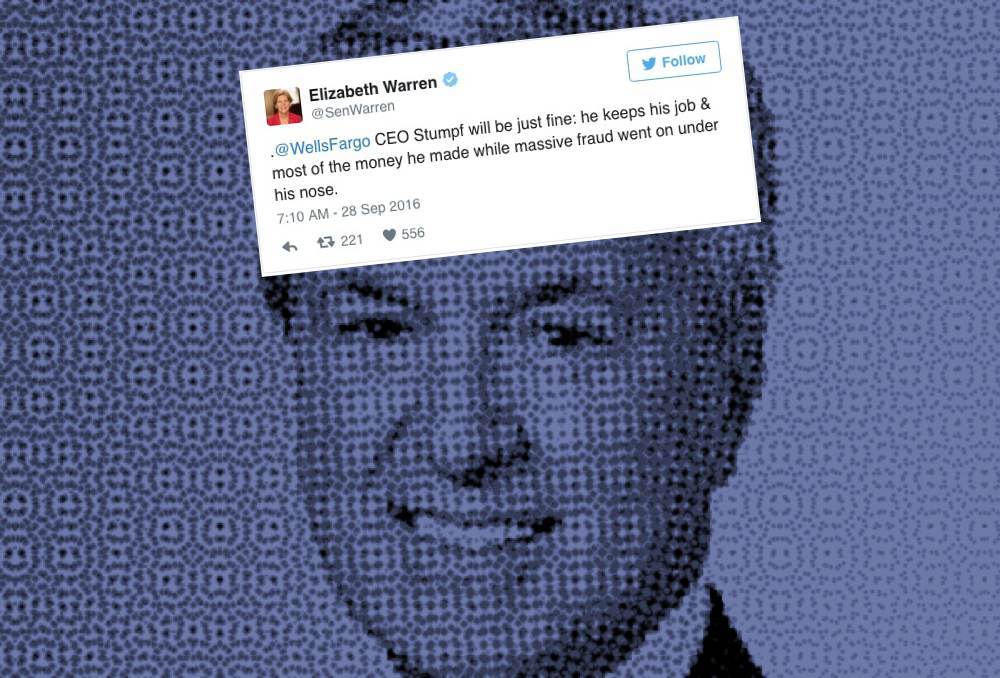 Former CEO John Stumpf (a major villain in the subprime scandal) previously lost $41m out of the $200m he made overseeing a multi-year fraud that stole from 2,000,000 of the bank's customers -- now he will have to repay another $28m.

Whistleblowers who reported Wells Fargo's crimes on Stumpf's watch were fired and had their names added to an industry-wide blacklist that kept them from working for any of Wells Fargo's competitors.

Carrie Tolstedt, the former head of Wells Fargo's community banks, will lose $47m of the $125M of the bonus she received after "retiring" when her role in the crimes was revealed. Wells Fargo received a $27M tax credit for this payment.

The board says it has now found evidence that the bank's top execs were committing fraud as far back as 2002 (previously, the fraud was believed to have begun in 2011).

All told, Wells Fargo senior executives are returning $180 million in pay. The board report said it is among the largest corporate clawbacks ever.
"This exhaustive investigation identified serious issues in Wells Fargo's decentralized structure and the sales culture of the community bank," Wells Fargo Chairman Stephen Sanger said in a statement.

Sales misconduct and "mass terminations" took place at Wells Fargo since "at least 2002," according to the investigation.