War Beat, the Magazine for Journalists Who Swoon Over Missiles 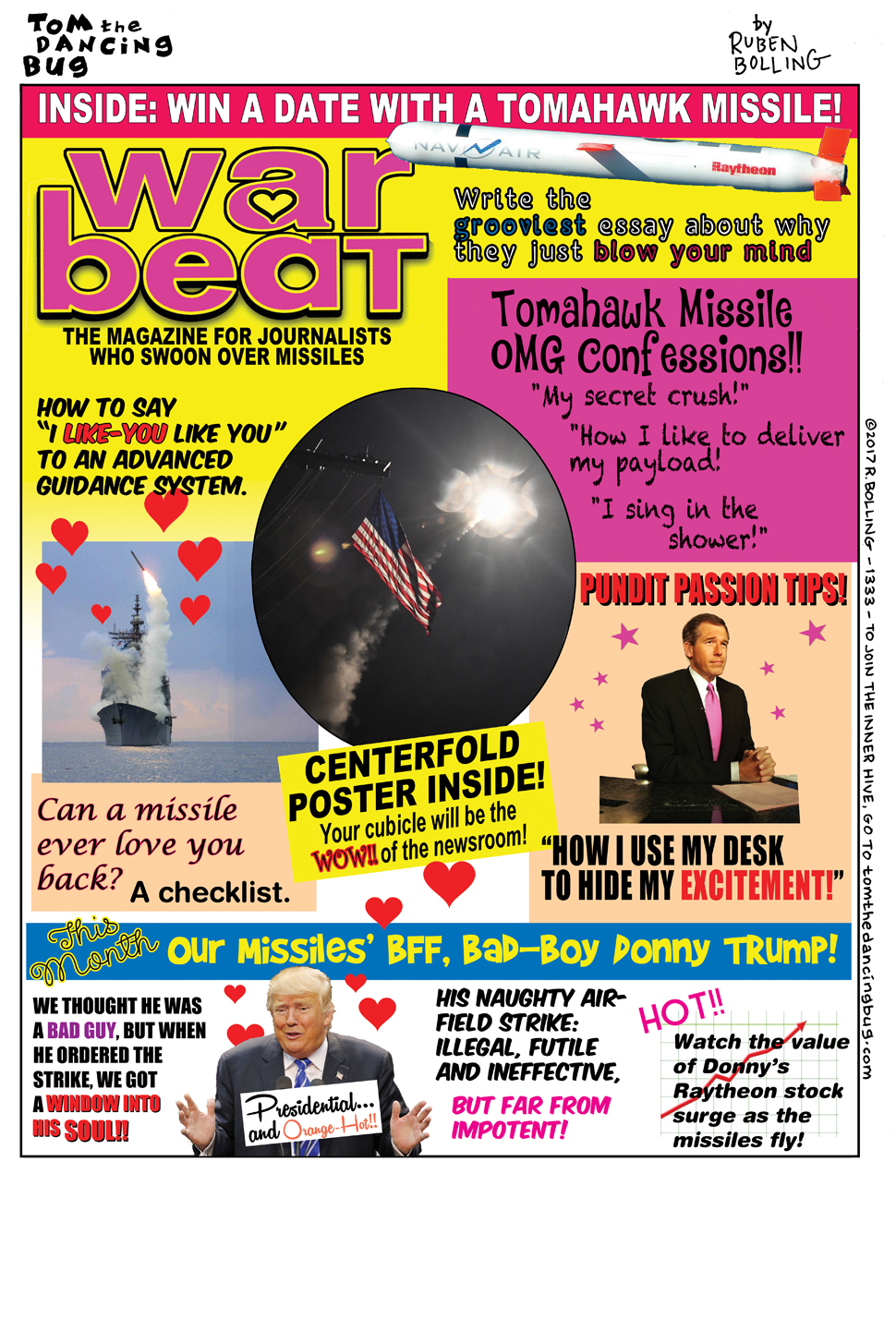 Tom the Dancing Bug, IN WHICH the latest issue of War Beat Magazine gushes over the cutest Tomahawk missiles and their BFF Donny Trump!