How we got rid of silverfish 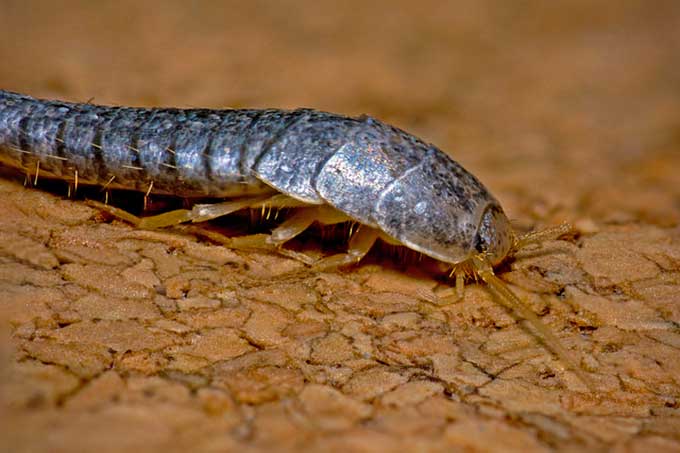 For years we've had silverfish darting around our guest bathroom. I bought some silverfish traps (little cardboard boxes with sticky goo to ensnare them) and they helped, but didn't stop them.

A few weeks ago I read that lavender oil is a good silverfish repellent. It's only $5.59 for a small bottle on Amazon, so I decided to give it a try. I wetted the end of a Q-Tip with the oil and ran it around the perimeter of the bathroom floor, adding a little extra to a seam between the floor and the wall. It smelled nice and we have not seen a single silverfish since. I'm going to wait and see how long it takes for them to come back, and then create a maintenance schedule.

Interested in learning how to set up a pheromone bucket trap to capture some western bean cutworms? This video produced by the New York State Integrated Pest Management Program should help! Image: Yankech gary/Flickr, CC-BY 2.0

Shawn Woods is known for his informative videos demonstrating every imaginable kind of mousetrap, but this time, he goes after yellowjacket wasps.

Thanks to climate change, folks living in regions that were once tick-free zones have had to begin getting used to the blood-thirsty little bastards. Just as these unfortunate souls were getting used to this new reality, it seems that the bugs, which up until now have been happy working solo, are ganging up for all […]