Prison inmates built working PCs out of ewaste, networked them, and hid them in a closet ceiling 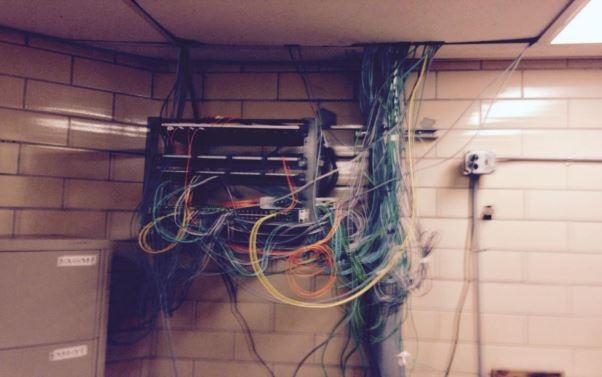 Inmates in Ohio's Marion Correctional Institution smuggled computer parts out of an ewaste recycling workshop and built two working computers out of them, hiding them in the ceiling of a training room closet ceiling and covertly patching them into the prison's network.

The prisoners used the PCs for a number of activities, including several criminal acts like identity theft and credit-card fraud. They were able to network their PC by using a guard's password; the use of this account on days when the guard wasn't on-shift tipped off the prison's systems administrators that something was awry.

James Clavell's debut novel King Rat contains a fictionalized account of the real hidden radios that British POWs built in Changi, a Japanese death-camp in Malaya (now Singapore), building them into bedposts and water-bottles and plugging them in at night to hear Allied radio broadcasts about the war's progress. American prisoners have displayed similar levels of ingenuity in the decades since, matched only by the desperate inventiveness of Soviet makers.

"It surprised me that the inmates had the ability to not only connect these computers to the state's network but had the ability to build these computers," Ohio Inspector General Randall J. Meyer said. "They were able to travel through the institution more than 1,100 feet without being checked by security through several check points, and not a single correction's staff member stopped them from transporting these computers into the administrative portion of the building. It's almost if it's an episode of Hogan's Heroes."