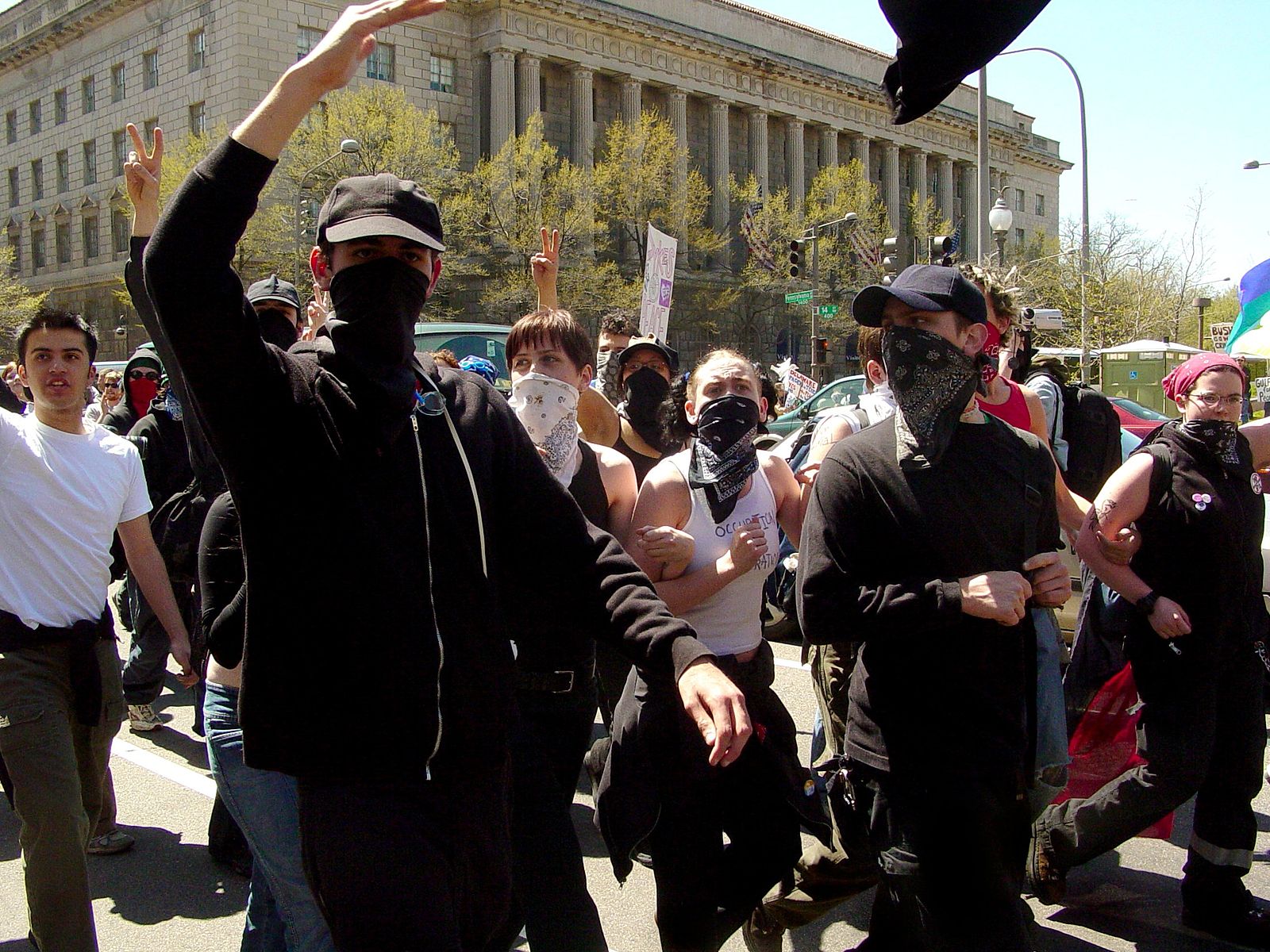 On inauguration day, 214 protesters were arrested in DC on felony riot charges, and now they face up to $25,000 in fines and up to 10 years in prison, though no one -- not the cops, not the prosecutors -- believes that more than a handful were involved in property damage or disorderly conduct.

There was, indeed, some disorderly conduct: a few windows smashed, a single cop hit by a single projectile. The people who did that smashing and throwing would probably have faced charges at any time in American history. What's different this time is that everyone dressed the same way as them -- people in "black bloc" garb -- were charged as co-defendants, on the basis that they held anarchists beliefs and associated with people whose similar beliefs led them to commit alleged crimes.


This represents a new standard for American policing of dissent, but it's not a universal standard. A supporter of Milo Yiannopolous who shot and seriously injured an anti-fascist demonstrator hasn't even been charged yet.

The prosecutors pursuing the inauguration day protesters say that the only evidence they need to felonize them is pictures of a protester "at the beginning of the march, wearing black clothes and goggles, your client could have left but did not, and here is your client at the end, in the police kettle." In other words, association with, and ideological agreement with, people who commit crimes makes you a party to that crime.

The incredibly harsh maximum sentences are a godsend to prosecutors with radical theories of guilt. In America, 93% of people indicted by federal prosecutors plead guilty despite the ease with which prosecutors can secure such an indictment ("If a district attorney wanted, a grand jury would indict a ham sandwich").


Combine this with the literally criminally bad conditions in American prisons (where guards engage in "punitive rape" with impunity), and it's easy to see why anyone facing a long prison sentence would plead guilty, regardless of whether they are actually guilty.


This means that in Donald Trump's America, believing something and marching with your friends to make it known is a near-guarantee of a prison sentence, should a prosecutor decide that it is warranted.

The original arrestees included a handful of professional journalists, medics and legal observers, most of whom have since had their charges dropped. Of the remaining 214 arrestees, a handful of individuals also face property damage charges, having been allegedly identified smashing windows. One man, Alsip's partner, has been charged with felony assault on a police officer for allegedly throwing the rock that struck a cop; he was identified by his shoes.

As the pretrial court proceedings enter into the discovery phase, the prosecution's position is becoming clear: The evidence so far against numerous defendants amounts to no more than video footage of their continued presence in the march and their choice of black bloc attire. If the mass arrest was imprecise enough to sweep up journalists and legal observers, how can it be maintained that the police had probable cause to arrest every single other protester for rioting and inciting? If continued presence, proximity and black garb is sufficient for the necessary legal standard of individuated probable cause for arrest and prosecution under these charges, the D.C. police and the government have, from day one of Trump's presidency, lowered the standard for what it takes to turn a protester into a felon.

HOW THE GOVERNMENT IS TURNING PROTESTERS INTO FELONS
[Natasha Lennard/Esquire]