Simone Giertz is a “DIY astronaut” 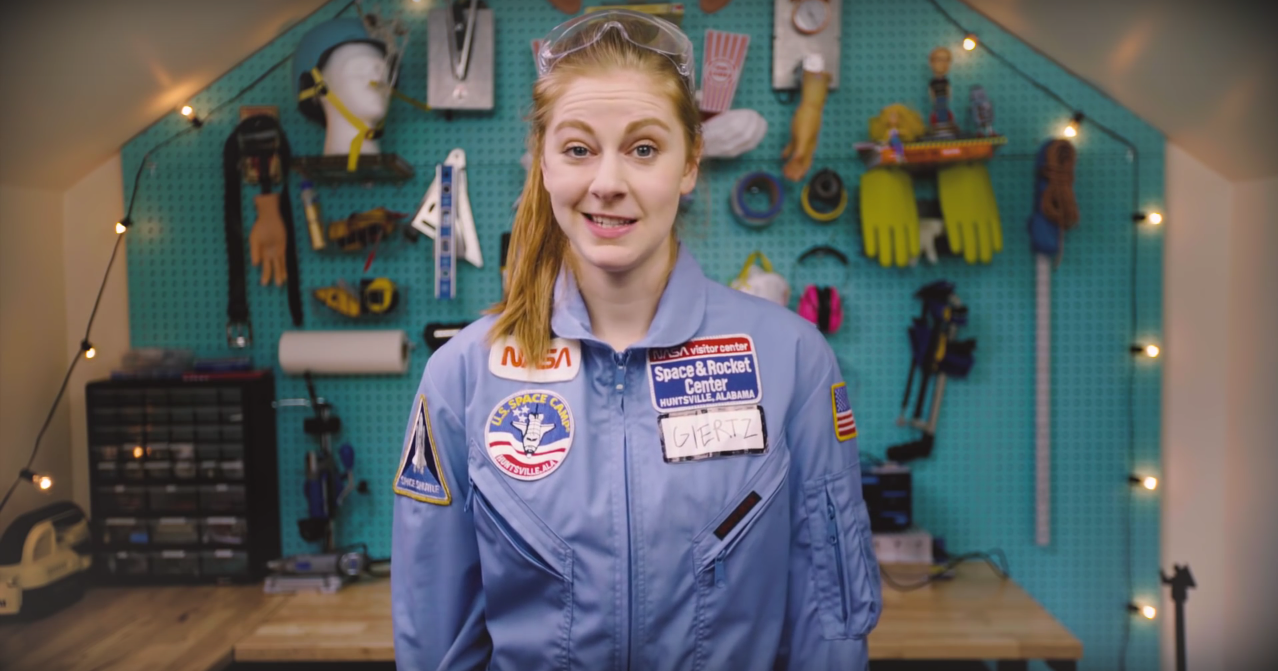 Simone Giertz is widely known online as the “queen of shitty robots.” As Boing Boing has previously noted, she's a contemporary Rube Goldberg who makes all sorts of weird and wacky inventions on her YouTube channel. But her biggest dream is to become an astronaut.

And since she doesn’t actually have any affiliation with a real space program, she teamed up with Google's Making & Science Team to create her own “DIY astronaut” program. The comedy series consists of three videos.

In the first, Giertz learns about “puke prevention”:

In the second, she puts herself through isolation training (a.k.a. she spends 48 hours in her bathroom):

And in the third and final video, she actually gets to experience weightlessness.