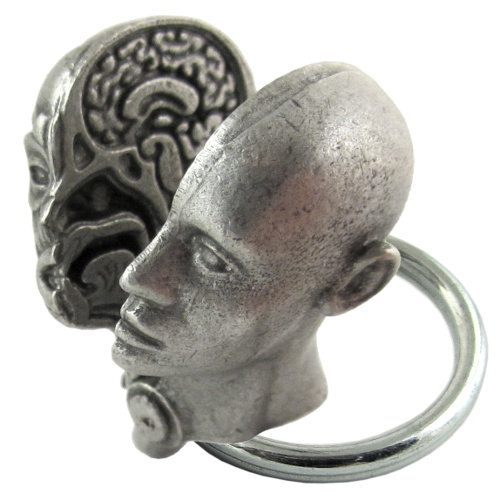 Etsy seller Tcustom is a carver who casts their small creations to make beautiful, detailed articulated keychains and pendants, the best of which use contrasting materials. Some of my favorites: Anatomical Human Head; Salamander Life Cycle; Mitochondria and Trilobite.