Plenty of Jedi at the Star Wars Celebration 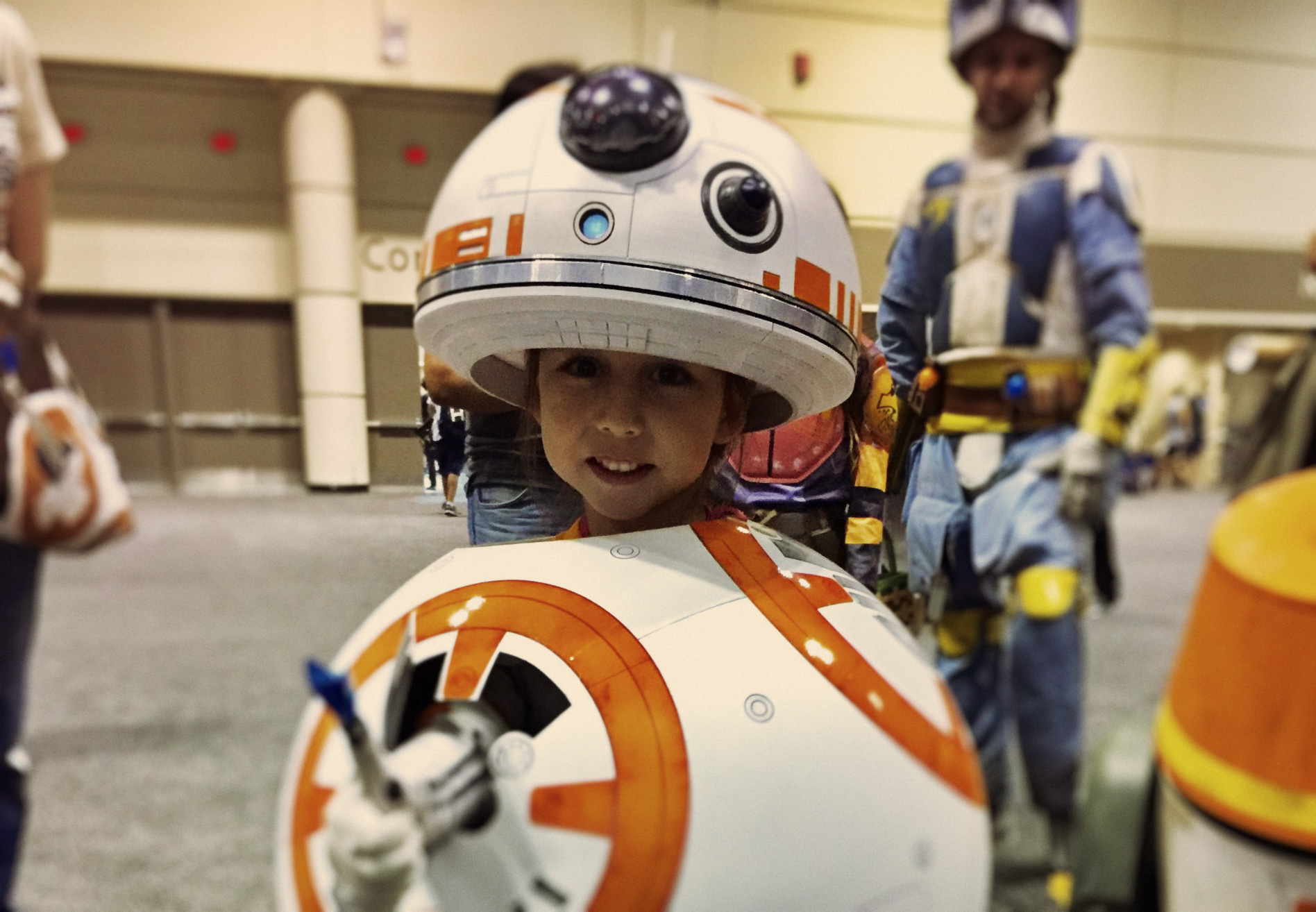 Star Wars Celebration Orlando 2017 has come to a close. For my husband and me, both Celebration virgins, the event did not disappoint. Sure, there were ridiculously early mornings trying to get wristbands for key panels, crowds of jostling people, long lines and the fact that one can only humanly do a fraction of what is offered--but the things we got to see and experience were totally worth it.

Highlights for us were watching The Last Jedi teaser, attending the Drowning in Moonlight Carrie Fisher memorial benefit event, getting Peter Mayhew's autograph, buying tons of action figures, seeing Anthony Daniels recreate a slightly perverted C-3PO tape dispenser with Warwick Davis, Sarah Michelle Gellar waving to us from her Seventh Sister autograph table (c'mon, we're gay geeks), and attending the Star Wars Rebels panel, where Dave Filoni revealed that Season Four will be the series' last but where he also showed us the entire first episode which won't air until next fall.

At the top of the list of Star Wars awesomeness at Celebration were the cosplayers. The Star Wars universe is populated by a such a diversity of characters and creatures, the cosplay opportunities are endless, no matter your size, shape or age. While you don't have to physically resemble characters to cosplay them, it was still particularly wonderful to see so many older women as General Leia and fans who finally have characters that look like them cosplaying Baze Malbus, Bodhi Rook, Sabine Wren and Finn.

It's no secret that Star Wars fans love to get into costume, so everywhere we looked there were incredible cosplays. There was no way to get pictures of them all, and we saw more than we could catch up with to photograph, so the cosplayers featured in the gallery below are only a small representation of the creativity that was on display and will give you a taste of what makes Celebration so much fun.

Christine Evans is a Carrie Fisher doppelgänger and put her resemblance to good use.

This cosplayer cut an imposing figure as Orson Krennic.

This little one flashed us a BB-8 thumbs-up and we nearly died of the cute.

An Empire Strike Back era Snowtrooper.

This Hondo cosplayer not only mastered the space pirate's look and accent, but also his special brand of humor.

Rey and Finn are ready to do battle.

This Wookiee woman was on fleek.

The ennui is real, gonk droid.

These Shoretroopers are ready to take you out.

This little Thrawn has no time for your lack of culture and art appreciation.

A pair of Padmes looking lovely.

You want the steady Captain Rex on your side.

An unlikely gathering of a Jedi, a Sand Person and Princess Leia.

A Yavin Base rebel.

Why do Gamorrean Guards always have to drool?

Do not mess with this pair of Nightsisters.

A rather badass-looking Jedi. Or is he a Sith?

Darth Vader at the beginning of Return of the Jedi...

...and Darth Vader at the end of Return of the Jedi.

A trio of Leias.

Governor Pryce is not impressed with your Rebel nonsense.

Kit Fisto is ready for action.

Still looking for those droids.

An X-Wing pilot ready to head into battle.

The most famous bounty hunter in the galaxy, Boba Fett.

Teebo, who like all Ewoks loves to dine on spit-roasted human flesh.

Another Leia and Han, this time from Return of the Jedi.

Ahsoka and Adi Gallia ready to take on battle droids.

The friendliest Imperials I've ever met.

And a handsome older Obi-Wan Kenobi.

A Twi'lek with a big gun.

Nothing escapes the notice of Maz Kanata.

We thought this guy was cosplaying Dave Filoni, but it just turns out he shares the same fashion sense.

This Jedi dad and his inflatable sons Jabba and BB-8 is parenting done right.

Ponda Baba could use a hand.

This Leia cosplayer was a little stiff.

Can someone get General Grievous a cough drop already?

Kylo Ren in one of his less moody moments.

There are no weekends for Jawas.

Or is this the last Jedi?

These are definitely not the last Jedi.

And we finish with this fantastic rendition of Chef Gormaanda of the Star Wars Holiday Special.

All photos by David Mizejewski and Justin Wolfe.