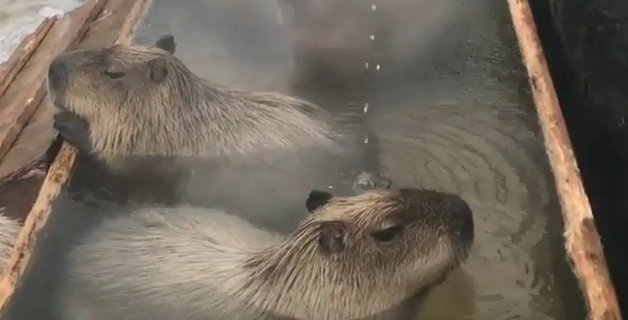 Sometimes I suspect that Capybaras are horses that haven't yet realized they've been transformed into giant gerbils.