One of our favorite kitchen items: restaurant taco holders 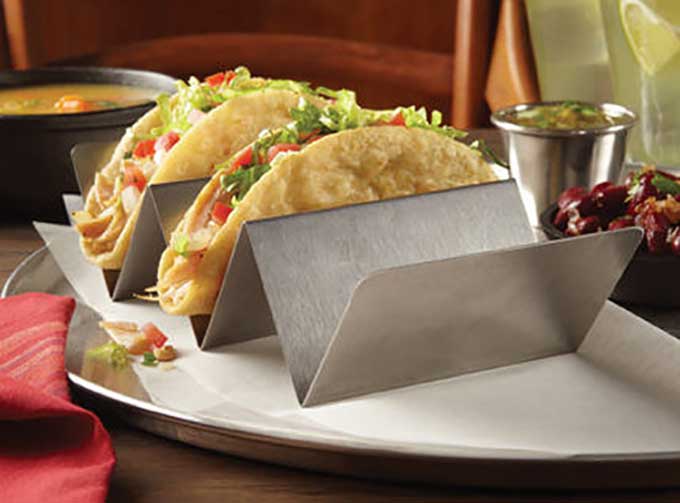 American Metalcraft makes restaurant equipment, but you can buy these all-metal taco holders for home use on Amazon. The have a model that holds 2 tacos, and another that holds 3. We use them at least once a week, and love them. Who on earth wants a taco shell sitting on its side, disgorging its contents on the plate? Not me.