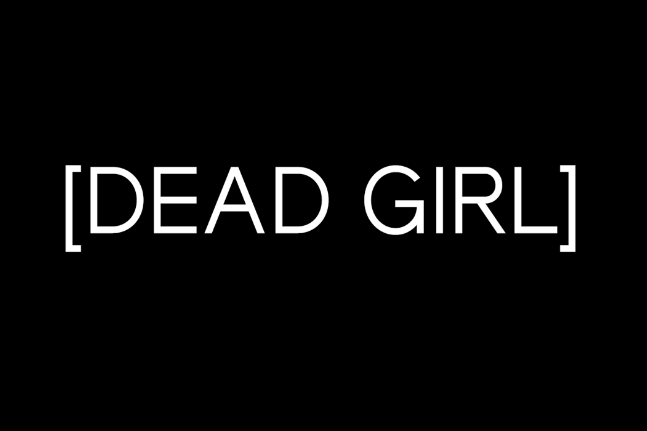 If you’re looking for cool, female-centric art to support, look no further than Dead Girl, “a short film about an actress playing dead to keep her career alive.” Created by filmmaker Rachel Sweeney, the project is currently raising money on Kickstarter. As the fundraising page explains:

Between Law and Order: SVU, True Detective, Criminal Minds, CSI, CSI: Miami, CSI: LA, CSI: Las Vegas, CSI — okay, you get it — there are a lot of women getting the axe on TV. The entertainment industry is obsessed with dead women.

Too often, we go an entire episode or movie without even finding out the dead woman’s name. Or, even if we do, we follow the often male detective or amateur sleuth as he uncovers the truth behind the victim’s demise — and more importantly, uncovers something about himself. Cute.

Dead Girl is about the woman behind the “Dead Girl,” who is VERY much alive.

But what about the actress playing the dead girl? What about the woman who is actually naked in the very real ditch? Or the girl in the lingerie who spent hours having liquid latex poured on her chest or bruises painted on her face?

Who are the women who play the “Dead Girls”? How does playing dead affect Rachel’s life off set?

The video below gives more info on the project and shows off Sweeney’s cinematic voice. To learn more or to make a donation, visit the Dead Girl Kickstarter page.

Animator Kate J. Miller has created a highly accurate ode to the shelter-in-place experience using our most precious commodity: toilet paper. “Two Ply Over The Cuckoo’s Nest” is the grand prize winner of KQED’s Homemade Film Festival. I worked on this festival, which was conceived as a way to inspire creativity and connection during shelter-in-place. […]

Blade Runner already had a reputation for its various edits, between the theatrical cut, Ridley Scott’s director’s cut, and the various special editions that exist. But now filmmaker Leon Chase has taken it another step further with Blade Runner: The Lost Cut, a uniquely postmodern take on the canon. As the Verge describes it: The Lost […]