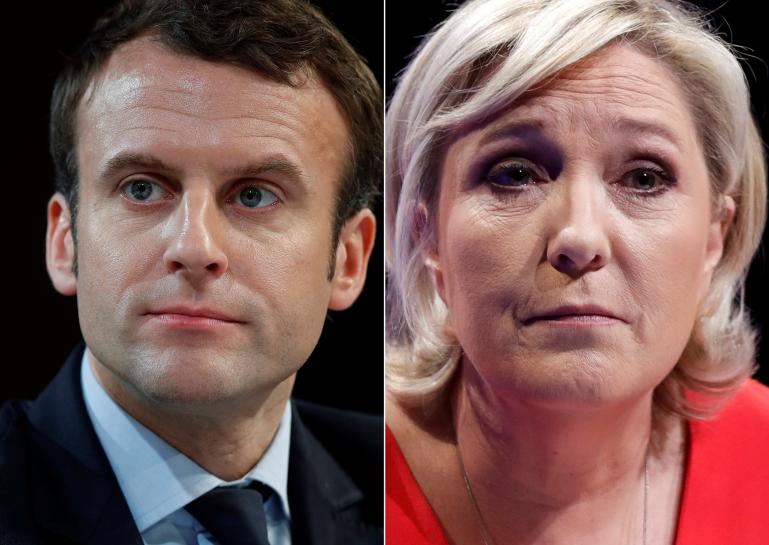 Early projections in France's presidential elections today show that far-right candidate Marine Le Pen and centrist Emmanuel Macron will now face off in a runoff election. Macron came in first, and Le Pen second, in Sunday's first round of voting. Moscow won't be happy if Le Pen loses the next round of voting for the French presidency, now slated to take place on May 7.

In a race that was too close to call up to the last minute, Macron, a pro-European Union ex-banker and economy minister who founded his own party only a year ago, was projected to get 24 percent by the pollster Harris and 23.7 percent by Elabe.

Le Pen, leader of the anti-immigration and anti-EU National Front, was given 22 percent by both institutes. Three further pollsters all projected broadly similar results.

Though Macron, 39, is a comparative political novice who has never held elected office, opinion polls in the run-up to the ballot have consistently seen him winning the final clash against the 48-year-old Le Pen easily.

Defeated Socalist candidate Benoit Hamon urged voters to rally behind Macron in the second round, as did senior conservative lawmaker Francois Baroin from the camp of defeated right-wing candidate Francois Fillon.

Reuters has a liveblog covering the French presidential elections here.

Macron's organization has suffered from more than 4000 hacking attacks

Le Pen may have made the runoff, but she came in second so there's hope! https://t.co/vYr2fYUfVr #Frenchelections

Fillon endorses Macron. Game over, if anyone still had a doubt. #Presidentielle2017