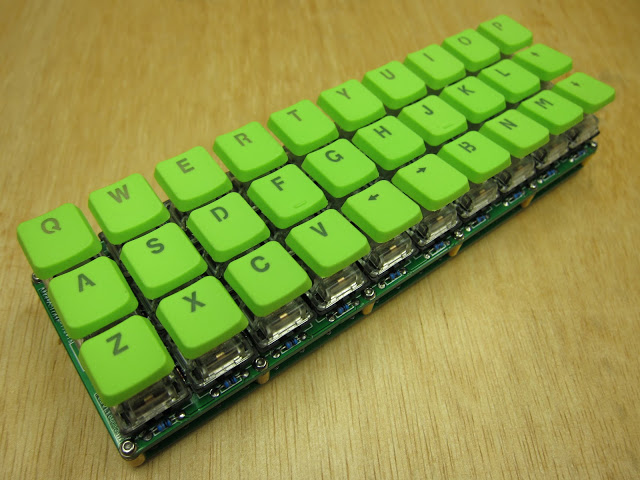 Typing on this is weird. It feels very cramped, it may be different with a different style keycap. I will try a set of cut down DSA keycaps which has more space between the keys. It is much better than the microswitches on the Flanck.

I like the idea of small, just-get-writing mechanical keyboards, but can't get to grips with these minuscule grid-layout ones. Here is the layout I'd like to use, which I call the "Cormac" because you don't get to quote anyone and you sure as hell don't get to ask questions of the place where you stand and see for a brief moment the absolute truth of the cold relentless implacable darkness.

For the record, I own a Jok3r 60% keyboard with Cherry MX Red switches. Image via Pixabay