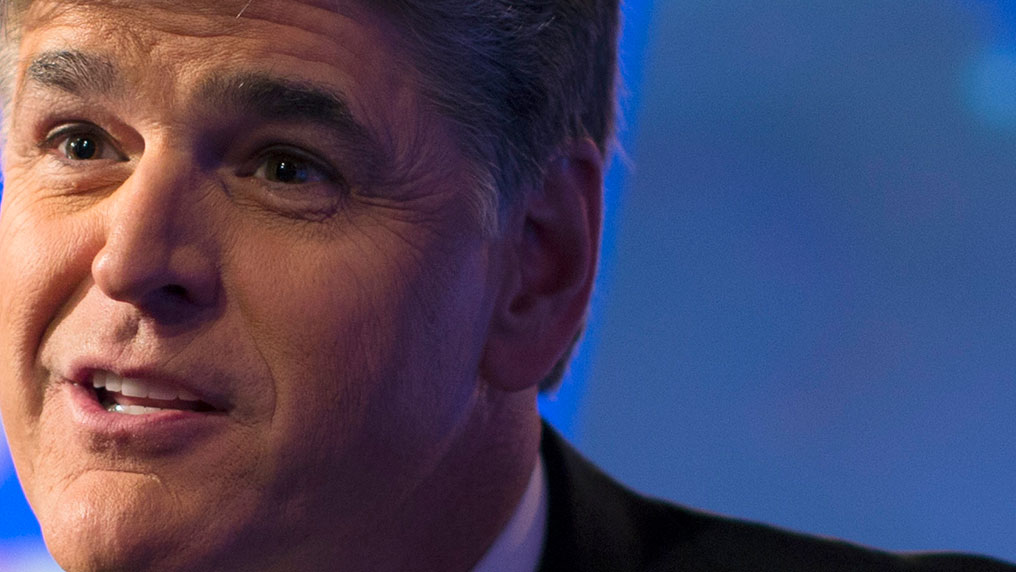 Sean Hannity, a pomaded wig perched atop a melting styrofoam head perched atop a pile of butter-soaked thrift store polo shirts, stands accused of making a "creepy" advance toward a guest on his show.

During a Friday interview with Tulsa, Oklahoma-based radio host Pat Campbell, former Fox News guest Debbie Schlussel accused Hannity of inviting her to his hotel room before and after a debate with a pro-Palestinian guest in Detroit. Schlussel said she rejected Hannity’s alleged advances and that she was never invited on his show again.

Schlussel and Hannity were scheduled to speak together at the Detroit show, Schlussel said. But before the show, Hannity allegedly invited her to an event at a nearby bookstore. The Daily Beast was not able to confirm whether the pair ever spoke at such a show.

“He had some event at a bookstore where he signed his book for people standing in line. He asked me to come meet him at this book signing,” Schlussel said on Campbell’s show. “So I met him there and it was very awkward. He had me up there with him while he signed books and I felt very weird. These people don’t know me and they didn’t come for me to sign their books. Then I left to get ready for the show, and he said, ‘Why don’t you come back with me to my hotel?’ and I said no, I have to get ready for the show.”

Hannity says she's lying and threatened her with legal action. Schlussel made clear in a subsequent interview that she was not accusing him of sexual harassment, as reported in headlines covering her earlier remarks.